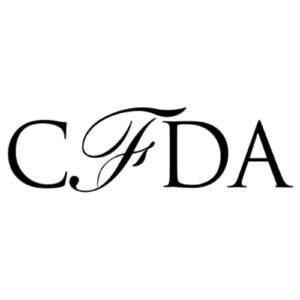 Council of Fashion Designers of America

The CFDA, the Council of Fashion Designers of America, is a non-profit association founded in 1962, thanks to an intuition of Eleanor Lambert, the famous publicist who had the merit of turning the spotlight on American fashion at a time when the whole world was watching Paris.

The goal of the CFDA, since its foundation, is to promote American fashion in the world. It has 500 members, including clothing and accessory designers.

The goal is to organize the New York Fashion Week, to promote the training of emerging talents (through various scholarships) and annually awards the CFDA Fashion Awards (known as the Fashion Oscars).

The CFDA has always been engaged on a social level. Since 1973 when the CFDA Fund was born, it raised funds in support of various charitable initiatives.

The first president, elected in 1963, was Sydney Wragge, a pioneering American designer in men’s sportswear. His presidency lasted two years, and Norman Norell took his place. There are eleven personalities who have held the position of president of the Council of Fashion Designers, in addition to the first two, they have followed one another: Oscar de La Renta (1973), Herbert Kasper (1977), Bill Blass (1980), Mary McFadden (1982), Perry Ellis (1984), Caroyline Roehm (1989), Stan Herman (1991) and then Diane Von Furstenberg who was president of the Council of fashion designers of America for thirteen years.

In 2019 Tom Ford succeeds Diane Von Furstenberg and assumes the role of president of the CFDA, with the task of dealing with the central issues in the fashion world: sustainable development and inclusiveness.

The CFDA organizes the New York Fashion Week, and in 2014 it acquired the Fashion Calendar. This latter is a service subscription, founded in 1945.  It collects all the events concerning the sector and which therefore serves as the main planning tool for the press, stylists and retailers.

In January 2021, through a note from President Tom Ford, the change of name of New York Fashion Week was announced, renamed American Collection Calendar. The programming will now also welcome American designers who have decided to show in different places and times, whose shows will be broadcast thanks to the Runway360 platform. The goal is what the CFDA has set itself from the beginning “ Our mission is to globalize American fashion and support American designers, large and small, throughout the year, and not just during fashion week”.