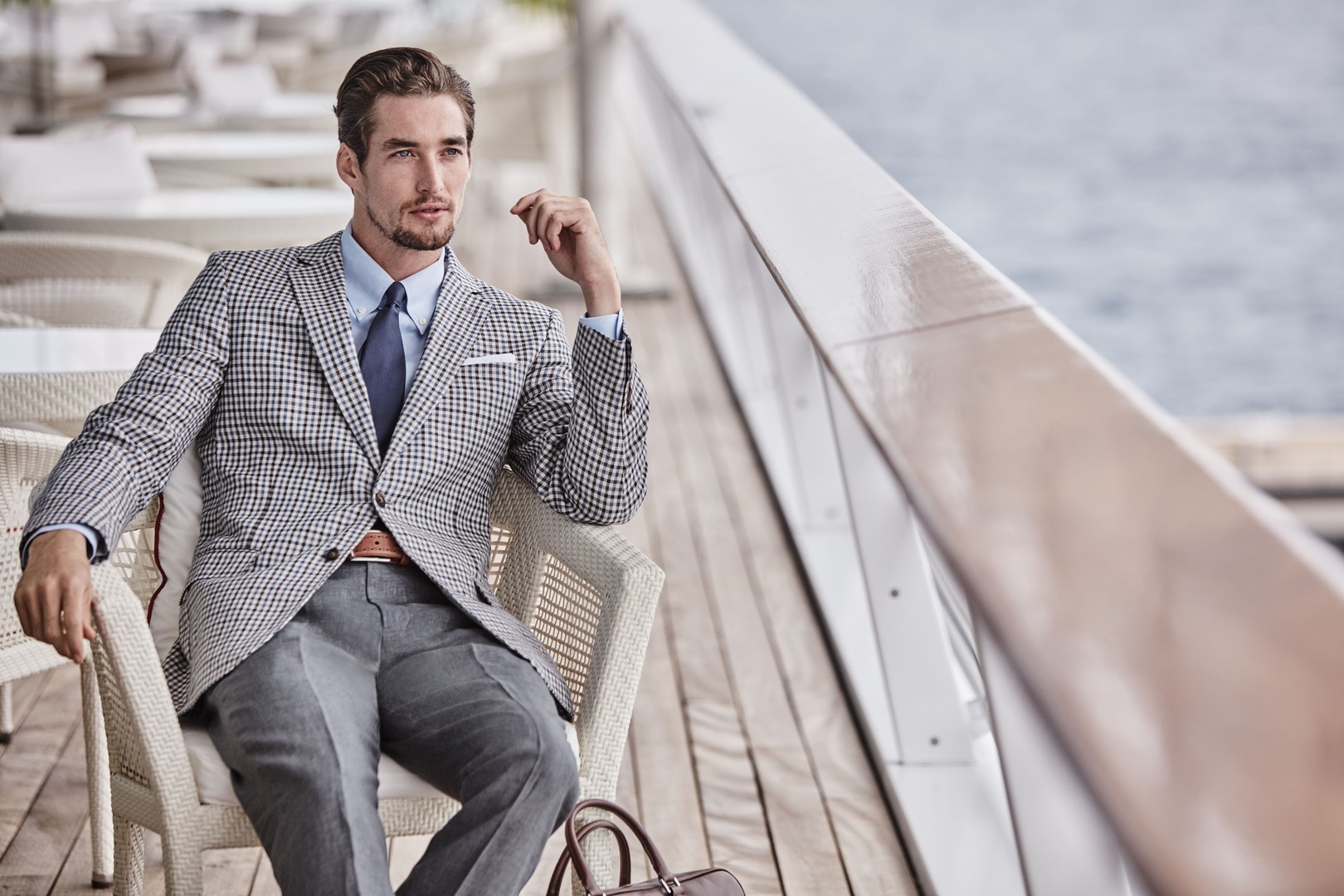 Brooks Brothers was founded in 1818 by Henry Sands Brooks. He opened his first store, H. & D. H. Brooks & Co., in New York City. Over the years the company developed both retail operations and its own manufacturing business. In 1845 the firm introduced the country’s first ready-made suits. It also continued to create hand-tailored clothing, and supplied suits to dignitaries and presidents including Abraham Lincoln, who was wearing a handmade Brooks Brothers coat the night he was assassinated.

The company revolutionized the American male wardrobe, often drawing for inspiration on classic British designs. Their innovations included silk foulard neckties, polo coats (introduced for men, but soon adopted by girls and women as well), Harris Tweed jackets, Shetland sweaters, and Argyle socks. Also, button-down collars on shirts, inspired by British polo shirts, which became the firm’s signature product and one of its long-standing best-sellers. When the country introduced British club ties in 1945, they reversed the direction of the diagonal stripes, thus creating the American repp tie. The firm opened its first women’s department in 1949, and has since branched into childrenswear and accessories.

Brooks Brothers is the oldest menswear brand of America, setting the standard for men, first, and women’s elegance, after, for almost two centuries. The brand’s experience came from the world of men’s clothing with the production of uniforms for the New York State troops during the Civil War. Now, it is famous for having introduced ready-made and tailored clothes for men. Also, the way they revolutionized shirt collars with the “button-down” collar in 1896, which they found inspiration from the English polo players. In 1850, the brand adopted the golden fleece logo that is still used today.

Over the years the company has dressed male icons from Clark Gable to John F. Kennedy. The brand became identified, particularly in the late 20th century, with the conservative east coast style, familiarly known as “preppy” or “Ivy League.”

In 2001 Claudio Del Vecchio, President and owner of the Retail Brand Alliance, pays Marks & Spencer $225 million dollars for the brand. The agreement includes the acquisition of 242 single-brand shops. By 2003 the brand had opened 160 shops in the USA, and 67 in Japan, among others. Annual turnover tops $600 million, with 5 million shirts produced yearly. Later, in April, the brand ended its two-year old collaboration with Diego Della Valle, owner of Tod’s.

The strength of the brand is the relaxed elegance of the noblest American tradition and the inspiration to a sophisticated sporty look able to stay loyal to the affordable chic ideals sought after since the very early days. For the Fall/Winter 2007-2008 season, they launched the Black Fleece line to testify the evolution of American costume. The collection, distributed through a network of single-brand stores, has been placed into the hands of the American designer, Thom Browne.

In 2009, Brooks Brothers entered the Canadian market and opened stores in Vancouver and Toronto. Meanwhile, the brand also opened its first store in Mexico, in Guadalajara. At this time, the brand targeted a more youthful group. The company set its goals to engage with new generations, therefore, they launched a sportswear collection, in addition to a licensed collection, meant for campus bookstores, bearing school logos.

Design for The Great Gatsby

Zac Posen was pointed as Brooks Brothers’ new creative director of women’s clothing and accessories in 2014. Posen is known for his techniques in artisanal craftsmanship. He adopted lush fabrications and buoyant prints, which successfully combined brand heritage with a more feminine touch.

In 2015, after 8 year’s collaboration, Thom Browne announced that he will no longer design for the brand, instead, he will focus on his own label. Black Fleece Fall 2015 season was Thom Browne’s last collection for Brooks Brothers.

In 2017 Brooks Brothers chose to collaborate with Instagram influencer Mike Mellia. Mike posted a series of looping videos on his Instagram page which went viral and drew a lots of attention from fashion brands, including Brooks Brothers. The company together with Mike, built a brand new advertising campaign based on Mike’s loop video, and was also featured in the advertisement where he was standing still while objects moved around him.

Later in this year, there was a lawsuit against Brooks Brothers for retail data breach, several clients claims their payment information has been compromised, and Brooks Brothers failed to protect their data.

2018 marks Brooks Brother’s 200 year anniversary, to celebrate its milestone, the company planned a series events and activities in world wild throughout the whole year. According to Brooks Brothers, in January, brand will collaborate with Pitti Immagine Uomo 93 in Florence, Italy, to present its first fashion, follow by a retrospective of Brooks Brothers’ legendary archives.

Currently, Brooks Brothers has over 280 stores in the United States and more than 700 stores globally in 45 countries.