YUWEI ZHANGZOU, NAMED “YUYU”, IS A FASHION BLOGGER ORIGINALLY FROM THE CHINESE PROVINCE OF XINJIANG

Yuwei Zhangzou is known for her bright smile and charming personality. She was named one of the most influential fashion bloggers in the world and the first Chinese blogger to be internationally recognized.

Her energetic street-style fully reflects her bubbly personality. In her wardrobe, among her favorite items, there is no shortage of brands such as Balenciaga,Gucci,Jacquemus and Stella McCartney. 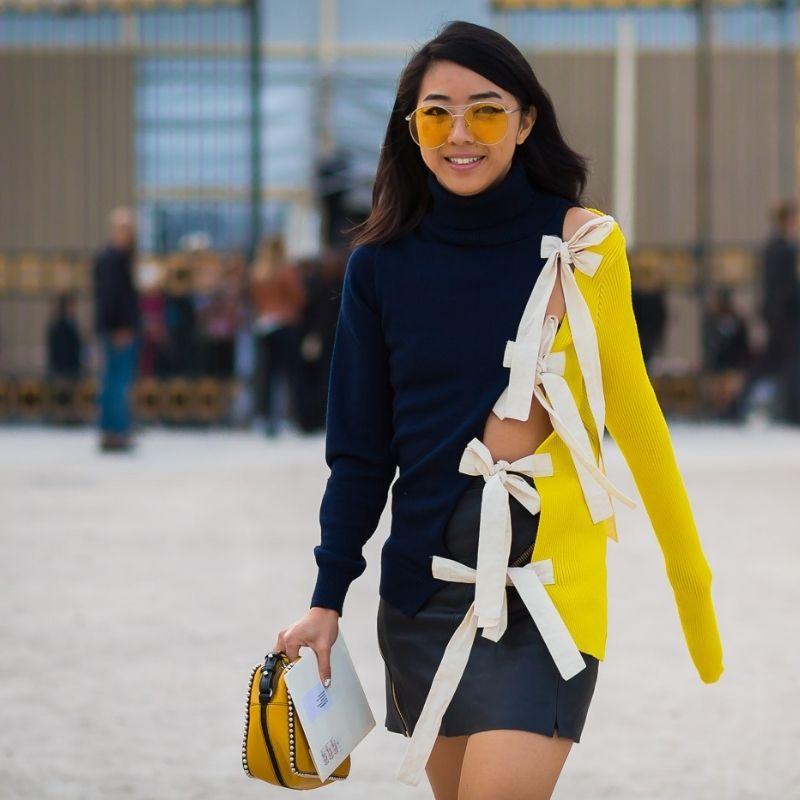 YUWEI ZHANGZOU: THE BEGINNING OF HER CAREER

Her blogging career began after earning an MBA in marketing in Paris. During her stay in France she was lucky enough to study in the field and live in close contact with various luxury brands. Here she began to perceive the essence of the main French luxury brands including Yves Saint Laurent and Louis Vuitton. In Paris, thanks to one of the management courses provided by the master, she began an internship at Christian Dior Couture. Yuwei currently collaborates with famous fashion brands including Gucci, Fendi, Balenciaga and Salvatore Ferragamo.

Together with her staff of 8 people, Yuwei Zhangzhou is constantly engaged in creating content for the Wechat and Weibo platforms, recording video content and publishing live streaming. Most of her production is made up of sponsored content. Her Parisian experience and the language skills acquired living in Europe make her extremely competitive on the international luxury market.

Yuwei was the first Chinese fashion blogger to appear in APM Munich’s advertisement, launched globally. It’s worth mentioning that this is not the first global ad in which the blogger Yuyu participated: in early 2019, Yuyu witnessed the filming of the Fendi #Baguette Friend Forever advertising campaign with the collaboration of Chinese actor Tan Zhuo, actor Qiao Xin and the fashion blogger Yoyo.

Three short films shot in Shanghai that tell the city adventures of a group of friends and the Maison’s iconic Baguette bag.  This series features internationally renowned influencers, actresses and models who celebrate friendship and love for fashion with a touch of extravagance.

She currently resides in Shanghai, the city where she started the “YUnit” studio with the aim of expanding her personal brand through e-commerce platforms. Yuwei often returns to her second home in Paris where she is often spotted alongside celebrities of the fashion industry, including creative director of the Dior brand Maria Grazia Chiuri and the creative director Peter Philips.

In recent years, during the International Fashion Week, thanks to the invitation of more than 40 famous brands, she has had the opportunity to participate in the forefront of the fashion shows. The photos of the events, taken in the company of celebrities, designers and fashion bloggers soon appeared on the front pages of influential fashion websites, which allowed her to gain numerous fans and successfully rank among the top echelons of the Chinese KOL industry. (Key Opinion Leader).