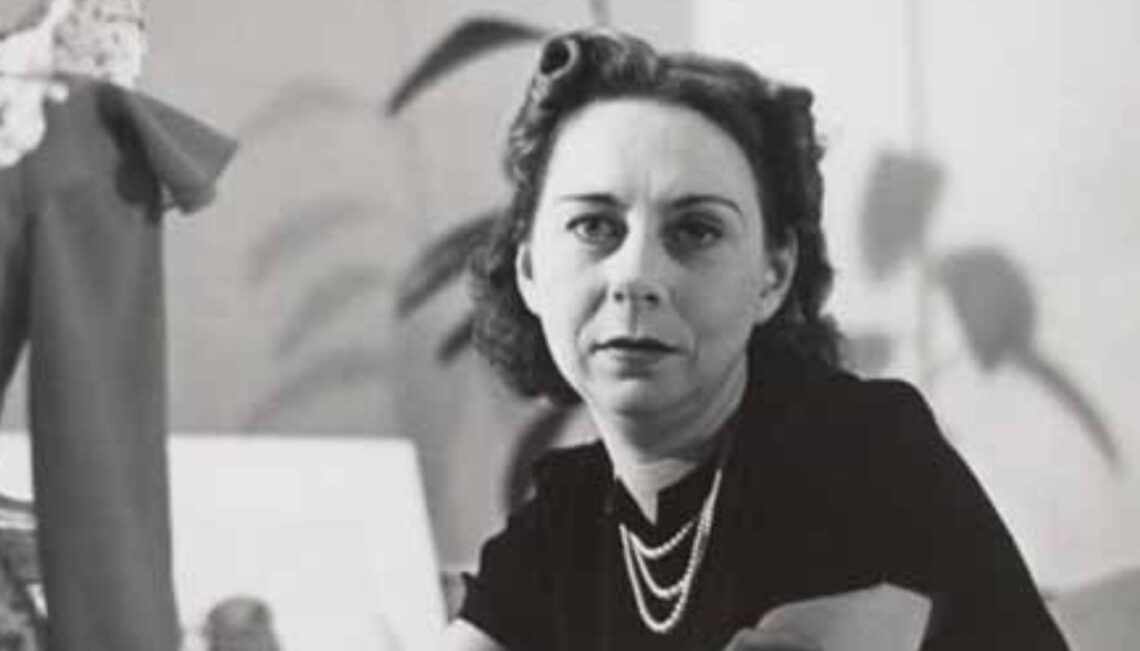 Gwen Wakeling (1901-1982) is an American costume designer. She was specialized in costume kolossals and in 1950 was awarded an Oscar for Samson and Delilah. After studying in Paris in the 1920s, she had already been working on Cecil B. De Mille’s great epics, such as The King of Kings (’27). Her particular propensity for historical films did not prevent her from making sophisticated clothes for the female stars of Fox, the studio of which she directed the costume department. Her star of reference was Loretta Young (My Wife Seeks a Husband, ’37); among others, she dressed Linda Darnell, Rosalind Russell, Alice Faye, Simone Signoret. At the beginning of the ’40s she left Fox, but she continued to collaborate with the most important Hollywood studios: Columbia, Warner Bros., United Artists, Rko. Decidedly eclectic, she closed her career with a musical film series B, Frankie and Johnny (’66). She was also very active in television.