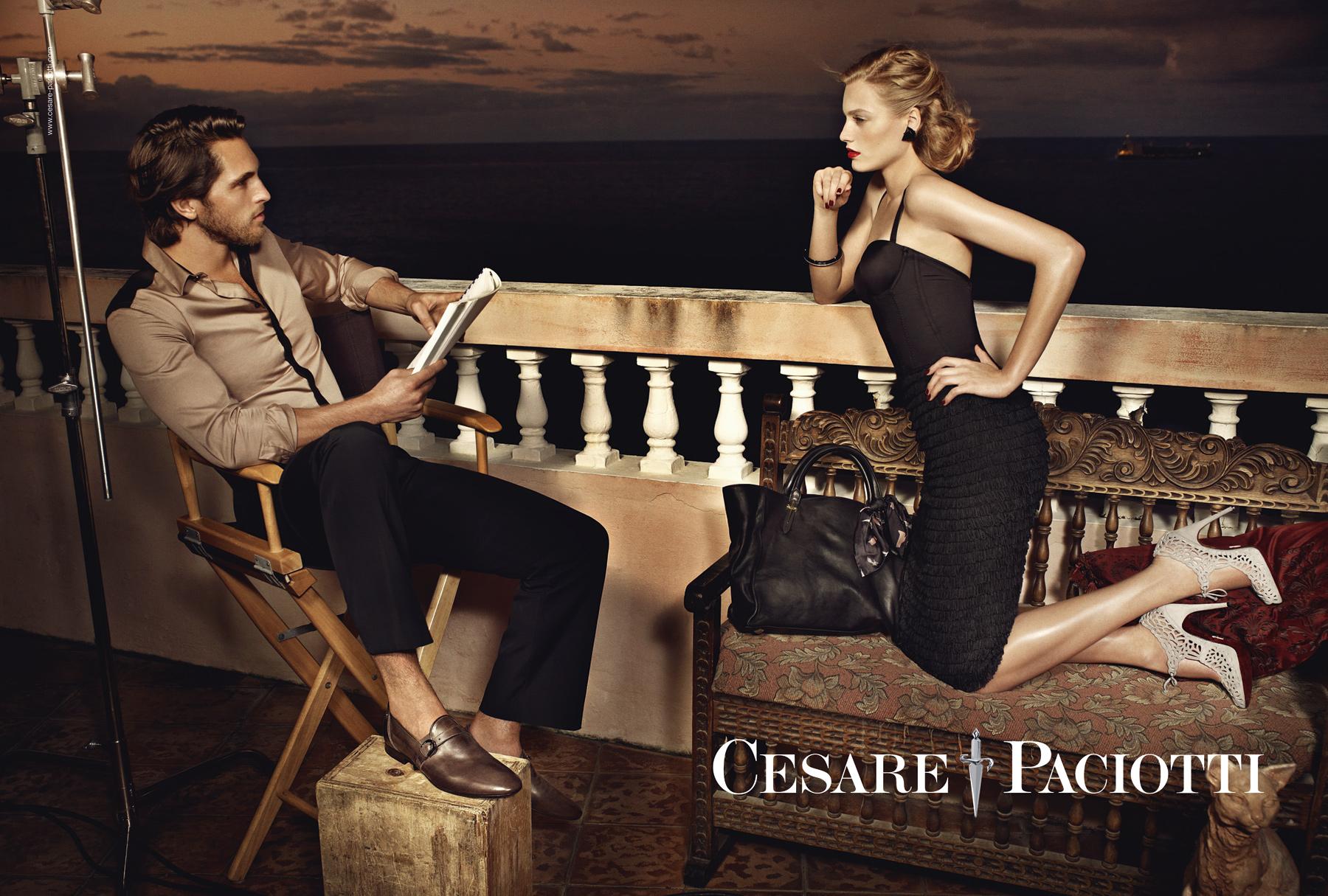 Cesare Paciotti is a shoe designer from Italy born in 1958, but he did not start the business that bears his name. The shoe business, which was first named Paris, was founded in 1948 by his parents, Giuseppe and Cecilia Paciotti, in Civitanova Marche. The company specialized in high quality handmade shoes.

At an early age Cesare learned from his parents the mastery of Italian shoemaking and created sketches and prototypes. He went to DAMS University in Bologna then inherited the business from his father in 1980. At this time, they renamed the business Cesare Paciotti and he became the creative director, while his sister Paola managed the company matters.

In the beginning of the 80s he created his first shoe collection. Also, his men’s line, with its nonconformist designs and outrageous advertising campaigns, stood out in what was a traditional and conservative field. Innovation and high quality are combined with strong geometric shapes and the prolific use of metallic accessories. At the same time Gianni Versace, Romeo Gigli and Dolce Gabbana, asked them to craft their shoes.

At the beginning of the 1990s he launched a women’s collection and the highly recognisable stiletto heel, creating extremely feminine shoes. A few seasons he created a range of handbags, cases, backpacks, hats, and overnight bags. In 1998 he launched a range of eyewear. In 2001 the year closed with a turnover of €49 million, an increase of €13 million from the previous year.

The brand’s strong personality is symbolised by the dagger, whose hilt bears the designer’s initials creating an unmistakable logo for the maison.

In 2002 the brand launched the new collection “Paciotti 4Us”. The brand was one of the 40 Italian exhibitors participating in WSA International in Las Vegas, one of the most important fairs for the US shoe market. Launch of a handkerchief shaped bag called Ebe, like the “servant” of the gods charged with pouring out ambrosia at banquets. Ebe was in canvas, chamois leather, tassel and straw, with a leather or rattan handle.

In February 2003 The New York Fashion Institute of Technology Museum celebrated Cesare Paciotti’s shoes, along with Gucci handbags, and hundreds of other designer pieces, in the exhibition Italy, in the Life Styles. From May to August Cesare Paciotti’s more classic footwear was featured at the Metropolitan Museum of Art in New York in Goddess. This was an exhibition exploring and underlining the influence of Classical dress on fashion of the last three centuries, through a collection of hundreds of garments, prints, and photographs from 1800 to the present day.

Over the years, Cesare Paciotti’s lines expanded further: in 2007, jewelry and watches made their debut, then a collection of underwear and swimwear in 2008. The intense activity of public relations led Cesare Paciotti to join numerous celebrities, who became testimonials for the campaigns of the brand. In the meantime, the expansion of the retail network continued with the opening of stores and in-franchising stores in China, Dubai and Riyadh, Saudi Arabia.

But in 2013 the Paciotti company goes into crisis. This crisis is connected to the collapse of the internal market and a huge sum that the company should have received by usual Italian customers that did not pay their debt with Paciotti because of the recession. Two-thirds of the company were based on the turnover in sales in Italy, but the local market, with the collapse in sales, was greatly reduced.

After a strong period of deep recession, the Paciotti company feels the need to continue its activities relaunching the brand, despite the financial blockade that has suffered in recent years. The company has had the support from the suppliers, who trusted Paciotti even in such a delicate moment.

In October 2017, Paciotti collaborated with Slovenian-Italian stylist Ada Kokosar, and launched a capsule collection called Paciotti by Midnight. This collection is inspired from Cinderella’s glass slippers and Marie Antoinette’s lavish style. All of this collection are covered in PVC, which allow you to wear these satin shoes in the rain.

Today, Paciotti S.p.A. aims not only to a growth in sales in the Italian market, but also in foreign markets, such as Russia and East, whose revenues have increased 32-65%. In addition to a revival in new markets, there has also been an internal restructuring, with 120 employees in Civitanova Marche, a few flagship stores and a particular attention to e-commerce, with sales increased by 3.5%. The Paciotti family has decided to invest everything to save the house, symbol of luxury shoes made in Italy.