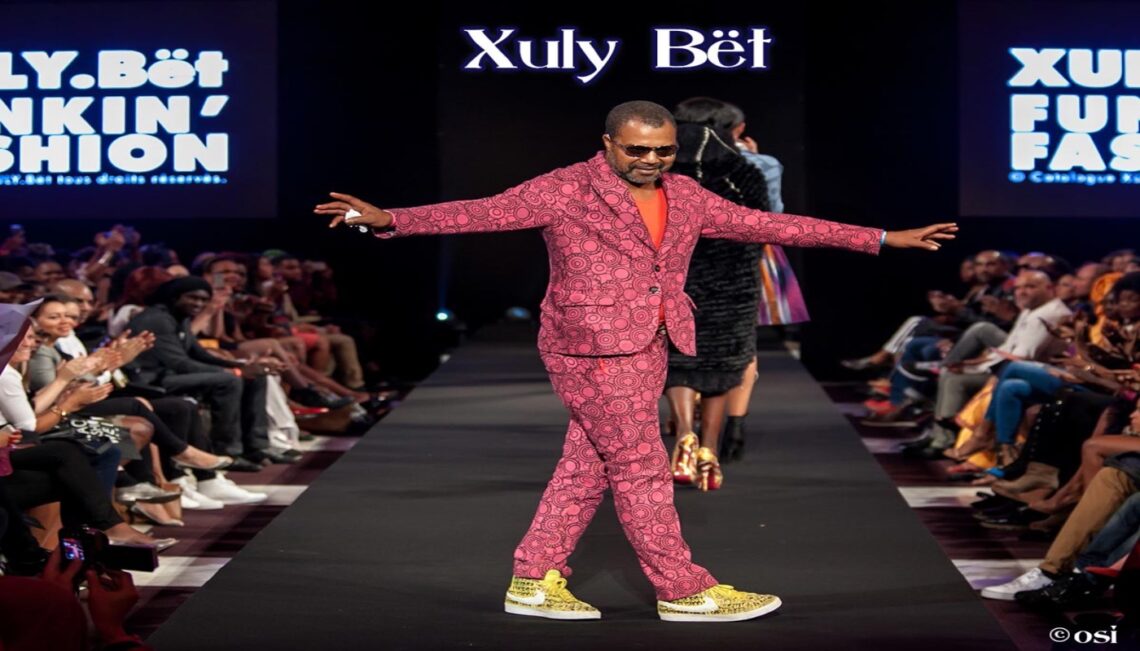 Xuly Bët is a designer born in 1962 in Mali, in Bamako Badian. His real name is Lamine Kouyate but he has chosen this pseudonym to sign his collections, which in the Malian language means “he who opens his eyes, whose gaze pierces appearance”. At the age of 14, he left his hometown to move first to Argentina and then to France, where he enrolled in the Faculty of Architecture. But he abandoned his studies for fashion.

In 1989, he founded his Funkin Fashion Factory and presented his first clothing collection in 1990. He pioneered a subversive kind of clothing that was both sustainable and modern, and gave women a new sense of freedom.

What characterises him most is his ability to recycle used clothes, creating new lines from old styles. “Like,” he says, “in the African tradition, whereby from tin cans you make earrings.” In ’96, he opened a boutique at the Forum des Halles in Paris and, in ’98, in Marseilles. He made part of the costumes for the inauguration of the French Stadium on the eve of the 1998 World Cup.

His art also integrates elements of his culture and experience, which encompasses current, urban Africa as well as the Paris and New York fashion worlds. During the early 2000s, Kouyaté continued to create, selling his clothes in a number of Parisian boutiques and to foreign clients.