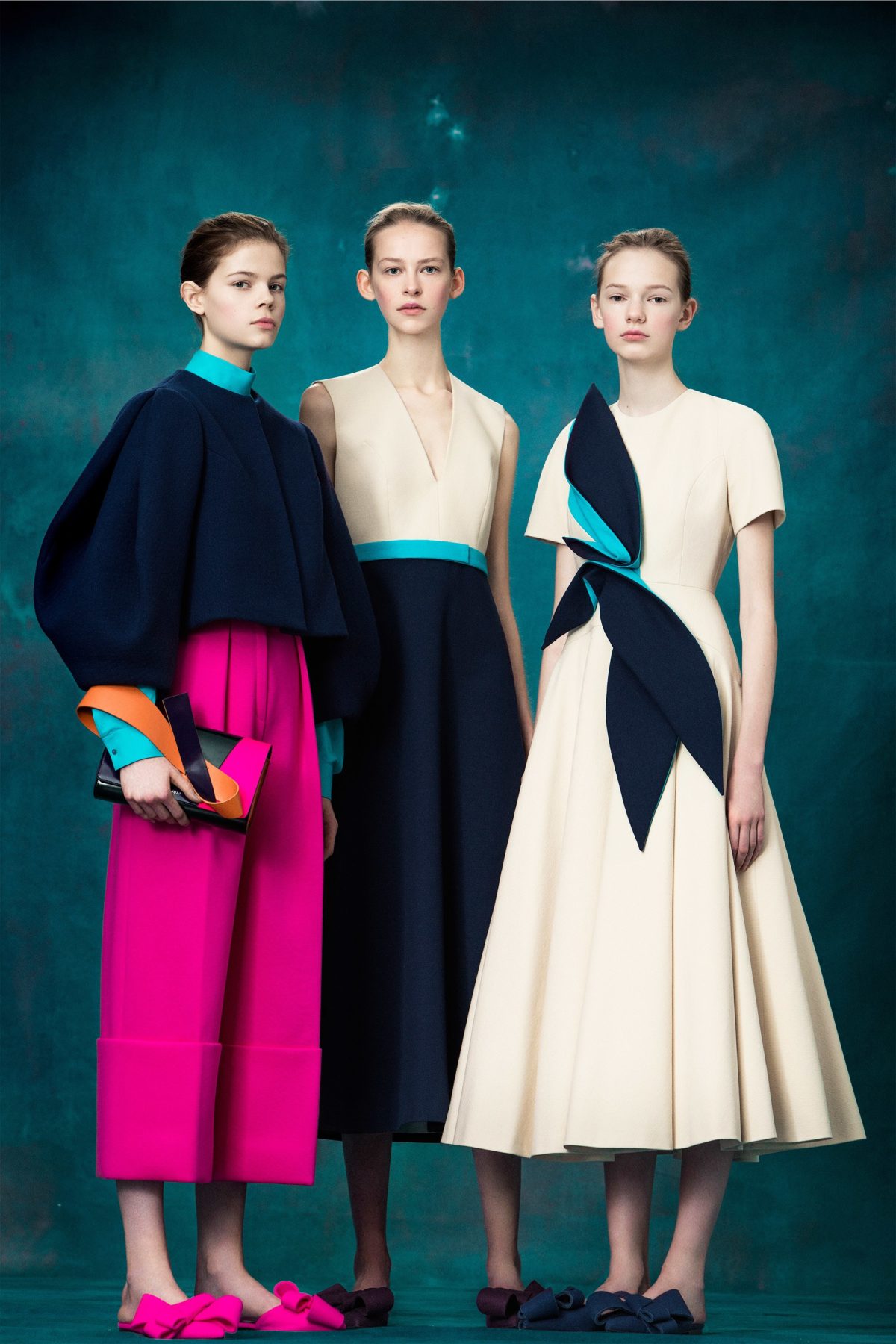 Delpozo was founded in 1974 in Madrid, by the expert hands of the Spanish designer Jesús del Pozo. After forty years of success, following the death of the founder in 2011, the brand was acquired by Grupo Perfumes y Diseño. The brand becomes the spokesman of craftsmanship and artistic tradition in the fashion world.

Being a voice out of the chorus has made Delpozo a brand with an immediately recognizable image. The delicacy and charm of the famous Spanish fashion house made fall in love with the American first lady Melania Trump who, on several occasions (such as the official visit to Seoul), wore Delpozo garments.

The company’s couture techniques, consolidated over time, have an incredible modern sensibility. The house of prêt-à-couture is dressed in contrasting elements: traditional and modern, architectural elements, but also organic. Delpozo always has a creative approach to volume, color and silhouette; artisanal techniques and complex embroideries are present in all collections.

In 2018 the philosophy of the Maison is “less is more”, to echo the architectural style of its style. Delpozo juggles between balance in proportions and never shameless elegance, creating timeless pieces.

The Delpozo collections are made in Spain, in small ateliers. The pieces are so intricate and detailed that they need to be made by ateliers who know the art of craftsmanship. However, the shoes are produced in Italy.

Delpozo fabrics are always natural: organza, poplin, silk tulle, double wool crepe, with some combinations with more modern fabrics like PVC and crinoline. The collections, all very colorful, are filled with nuances.

The handmade embroidery is masterfully created with the most refined and avant-garde materials, using techniques from both the Haute Couture and the Ecole Lesage in Paris. The skilled craftsmanship and intricate details applied are consistent with the prêt-à-couture philosophy of Delpozo.

Font was appointed Creative Director of Delpozo in 2012. Trained as an architect, he began his career presenting collections in Barcelona, ​​Madrid, Tokyo and Paris. He showed his couture collections in Paris as a guest member of the Chambre Syndicale de la Haute Couture.

A little more than five years after his appointment, Josep has achieved a great success: he has succeeded in relaunching the brand with an international focus. Inspired by the couturier Pedro Rodriguez, the original designer of Santa Perpetua de Mogoda, puts the attention in the craftsmanship, while maintaining a modern twist. Given its formation, the creations of the designer are inspired by organic architecture (in the shapes or in the floral details), art and nature. These three elements always return to the collections, season after season. Art in the form of dance like ballet, as well.

After five years of successes during the New York Fashion Week, Delpozo makes his debut in London with a show that describes the authenticity of the brand.

The stylist Josep Font focuses attention on the delicacy of pastel colors that sweeten a minimalist silhouette. The rose celebrates top over with maxi bow or, more simply, long evening dress with luminescent details on the shoulders.

The fall / winter 2018-19 collection plays on prints like the pied-de-poule cape, polka dot pullovers or floral prints. The look, moreover, is united by a stylized corolla in life that emphasizes the contained volumes of silk and tulle dresses and tailored suits with an asymmetrical cut. The collection expresses the glamor of a maison that focuses on luxury but discreetly, praising the purism of the lines and the quality of the garments.