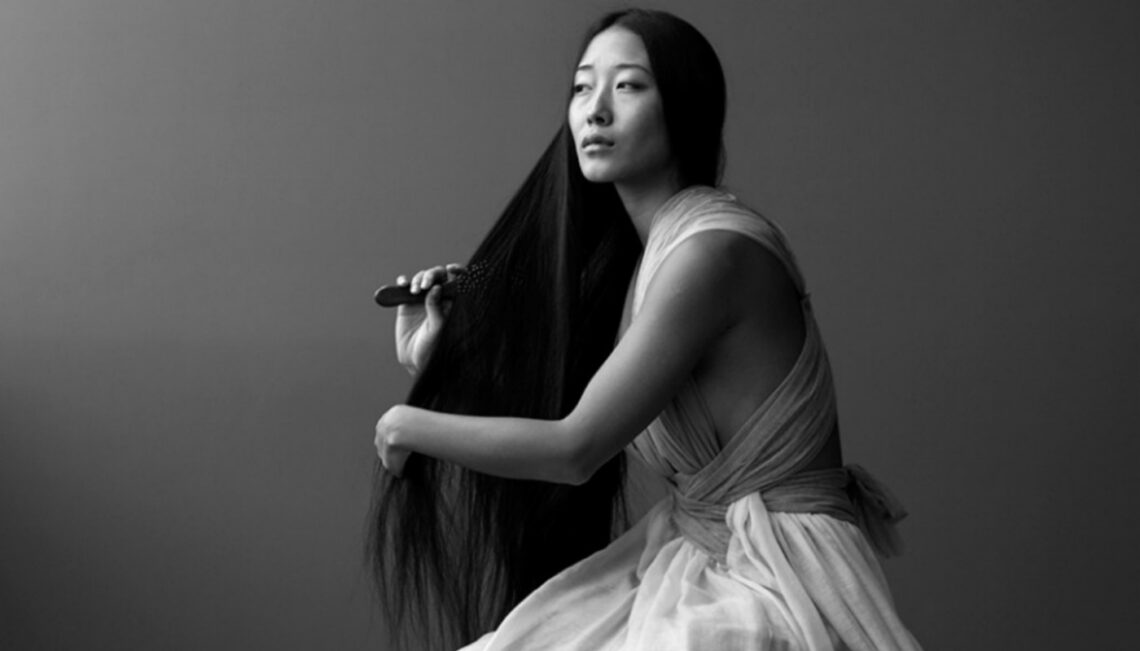 Yin Yiqing was born in Pekin, China, in 1985. Since she was a child, Yin has traveled extensively over the globe. In fact, the fashion artist abandoned his beloved homeland at the age of four. Her Chinese ancestors mixed with French and Australian cultures, resulting in an intriguing blend that regularly inspires his work.

Yiqing is graduated from ENSAD (National School of Decorative Arts in Paris), and in 2009 her aesthetic sense received praise during the Grand Prix de la Création in Paris.

Later in 2010, her works were also on display in the French Ministry of Culture during the Hyères International Fashion Festival. Also, Yiqing had shows at the famous Galerie Joyce and the Théâtre National de Chaillot.

Moreover, Yiqing received the ANDAM Prize in June 2011 and made his formal debut during Paris Haute Couture Week. She was one of eight young designers chosen by Vogue Paris to have a display at the Hotel de Crillon during Paris Fashion Week the following year.

The fashion designer began directing the ready-to-wear line for Maison Léonard in 2013, and it has been a fruitful collaboration ever since.

She has notable connections with luxury brands such as Cartier, Hermès, Guerlain, Lancôme, and Swarovski at the age of 32. She was able to enter the world of Haute Couture after a major conflict with a company with international clout.

The style of Yiqing Yin

Her work was designated Haute Couture by the Fédération Française de la Couture in December 2015. Yin is a versatile artist. Her perspective deftly explores a variety of aesthetic realities.

She produced the art “In-Between” at the invitation of the 2013 Venice Biennale. In conjunction with sculptor Bastien Carré, she created the Stellar garment for the “Blooming Ashes” collection, which mixes fabric with light. For the opera Tristan and Isolde, directed by Giorgio Mancini, he also designed the performance clothes for dancer Dorothée Gilbert and partner Mathieu Ganio.

“For me, Couture is really a platform for creative freedom, for expression, for experimentation. I really like it because I have always maintained a very sculptural approach. In a way, it provides a bigger space for that kind of expression, pushing the envelope for art, emotion and storytelling. You can also push the boundary of the material you use and I really like that” , said Yiqing Yin.

The woman Yin imagines is full of paradoxes. She is complex, sensual and masculine at the same time.

Her first collection, signed in 2010, uses silk, chiffon, organza and silk gauze mixed with cotton to give a more dynamic pleat.

The artist in fact says: “I look at the garment as a flexible armour. I like the paradox of sculpting the idea of ‘armour’ that people have; I sculpt it with something light and fragile like organza”.

Yiqing Yin began to introduce new materials into her collections such as furs and crystals thanks to sponsors such as Saga Fur and Swarovski. For the “Ouvrir Venus” collection, the Chinese designer was inspired by the human anatomy and developed, for example, a dress with diagonal cuts and pleats.

For the autumn/winter 2013 fashion show, entitled “Spring of Nüwa”, the designer celebrates the goddess Nüwa, a character from a famous Chinese legend who fashioned the first men out of clay. The micro pleats were obtained with an old embroidery technique where the fabric is gathered with embroidered thread and decorative stitches. For Spring of Nüwa, the designer paid attention to the upper part of the garments by highlighting the back with feathers or knots of woven silk. Her crinoline cage was covered in pheasant, peacock, goose and ostrich feathers.

In 2017, she was appointed head of the style department at Poiret, a historic French fashion house founded by fashion’s first tailor, Paul Poiret.