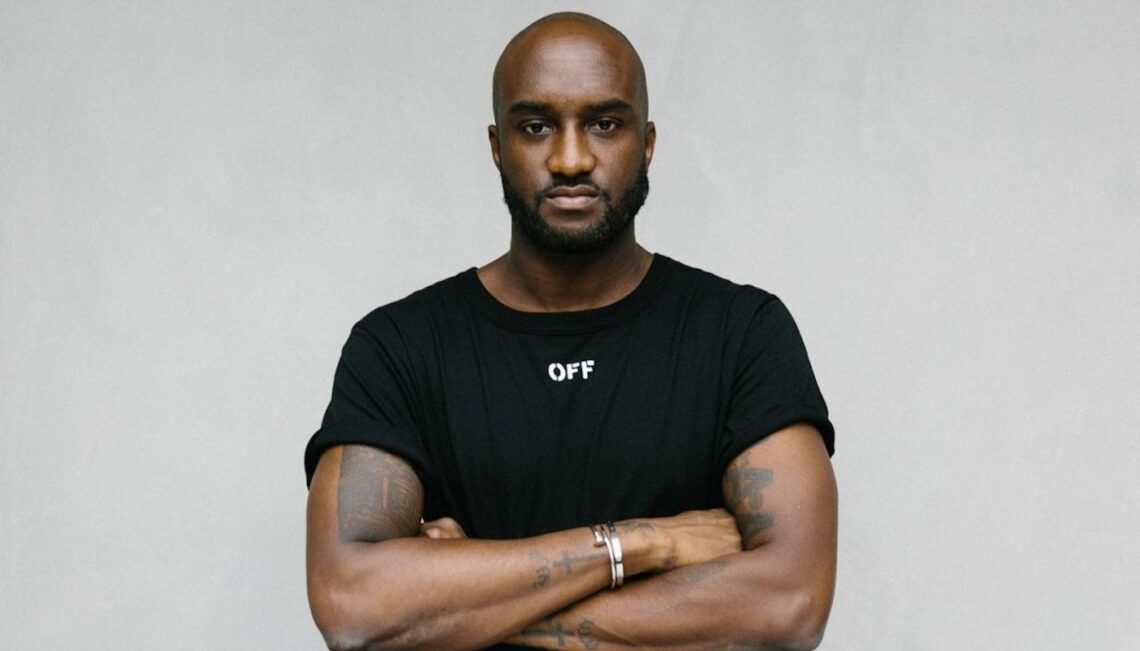 Born in 1980, Virgil Abloh is an American fashion designer, DJ and music producer. Originally from Illinois, Virgil was born into a family of Ghanaian immigrants. Abloh attends the Boylan Catholic High School and graduates in 1998. Since he was a child, he learns the tricks of the trade from his mother, a seamstress.

After a first degree in Civil Engineering at the University of Wisconsin-Madison, he obtained a Master’s degree in Architecture at the Illinois Institute of Technology in 2006. In an interview with GQ , Abloh will talk about how his architectural studies were fundamental to his path as a designer.

During his high school years, Abloh has cultivated his passion for DJing. In fact, during an interview with The Guardian he explained how music is still a fundamental part of his education and inspiration.

As well as DJing, Abloh has always loved hip-hop and skateboarding, a sport he still practices today. During an interview for Teen Vogue , he explained that hip-hop and skateboarding brought him into fashion, introducing him to the underground world of the 90s and the street style of that movement. His look at this side of pop culture and anti-fashion will set him apart in his work as a designer.

First steps into the world of fashion

Deeply influenced by the culture of the 90s, in 2003 he met John Monopoly, manager of the well-known rapper Kanye West. Two years later, in 2005, Abloh founded the blog The Brilliance together with designers Benjamin Edgar and Chuck Anderson.

At this point in Virgil Abloh’s career, the duo with Kanye West was closer than ever. During 2009, the two undertook an internship at Fendi in Rome, where they learned the rudiments of fashion design. Abloh was asked to design the singer’s merchandising. This meeting was fundamental for the designer, because it was with West that Abloh took his first steps into the world of fashion.

That same year, he began attending fashion events and shows. Speaking to W Magazine about that period, Abloh confessed to feeling like a fish out of water, part of a generation that could have made a difference, changing a highly standardized industry: “We were a generation that was interested in fashion but it was like we couldn’t be there. We interpreted it as a chance to participate and create a different culture. I felt that somehow we were bringing a little more verve to the system. “

In 2009, Abloh together with Don C, known through Kanye West, opened the conceptual RSVP Gallery store in Chicago. In addition to the designer’s streetwear, the store includes pieces by 424, Raf Simons, DRKSHDW by Rick Owens and Martin Rose.

In 2010 Abloh officially assumes the role of creative director at Donda, West’s creative agency. Abloh art directs the album Watch the Throne by Jay-Z and West (2011), an achievement that earns him a Grammy nomination.

Later, Virgil and Kanye co-founded Pyrex Vision, an experimental luxury brand based on the reworking of old t-shirts and sweatshirts. The brand was the subject of a controversy over the design of a blue flannel shirt costing $ 550. The designer was criticized for using an old Ralph Lauren shirt and applying the brand’s new design to it.

Thanks to the fame gained through his collaboration with Kanye West and New Guards Group, Virgil founded his deluxe streetwear brand, Off-White c / o Virgil Abloh, in 2013, based in Milan. The brand immediately established itself as a phenomenon in the fashion world, making it a finalist for the LVMH Prize in 2014. The same year the women’s line paraded for the first time in Paris followed in 2016 by the men’s collection “Don’t cut me off “and entered the prestigious BOF 500 list.

The results have not always been good, on the contrary, Abloh has often been criticized for his products intended for a young audience but inaccessible to them because of the high prices. However, it is mainly to Virgil Abloh that we owe the progressive participation of streetwear elements in high fashion catwalks.

Starting in 2017, Virgil Abloh launched a series of collaborations that are completely unconventional for a fashion brand. With Off-White, Abloh starts a revolution, involving brands completely unrelated to the fashion industry.

Amongst these, it is important to mention the Off-White x Jimmy Choo capsule collection, inspired by Princess Diana and the collaboration with Nike.

Abloh is name, in march 2018, the artistic director of Louis Vuitton’s menswear collections. “It is an honor for me to accept this position. I find the heritage and creative integrity of the house are key inspirations and will look to reference them both while drawing parallels to modern times, ” he says in a statement. In June, the designer’s first collection was shown in the Palais-Royale garden in Paris to wide acclaim.

Times magazine, in the same period, selected Virgil Abloh as one of the 100 most influential people in the world. Later that year, Abloh turned his attention to art through a series of collaborations with artists and venues for his exhibitions. Exemplary is the collaboration with Japanese artist Takashi Murakami. The exhibition included a series of sculptures with neon lights, and floral prints. Also in 2018, the designer is named Designer of the Year in menswear at the CFDA.

In 2019, the designer is involved in a controversy related to Louis Vuitton’s autumn / winter 2019 menswear collection. The fashion house had presented T-shirts with prints in homage to the King of Pop in conjunction with the release of Leaving Neverland, the documentary about Michael Jackson at the Sundance Film Festival. The documentary had shocked the public with allegations that the singer had raped people. In response to the criticism, the designer said he had not seen the documentary and was unaware of the allegations.

In 2019, Virgil Abloh opened the Figure of Speech exhibition. The exhibition, curated by Michael Darling of the Chicago Museum of Contemporary Art, celebrates the designer’s work. That same year, Abloh decided to take a three-month break due to health issues that arose as a result of his hectic work schedule.

New collaborations and design in the Covid-19 era

In 2020, Abloh returns to design with the Efflorescence furniture collection produced in collaboration with Galerie Kreo in Paris. The 20 pieces on display in the gallery once again reflect the great influence the urban and streetwear world has on Abloh. The concrete pieces, decorated with handmade graffiti, evoke this very aesthetic. Also in 2020, comes the collaboration with Mercedes Benz. The designer works on the brand’s new G-Class car.

Following the COVID-19 pandemic, the designer worked on masks under his Off-White brand. The product is the most sought-after product of 2020 according to Lyst analysis.

In 2021, Virgil Abloh further explored the theme of sustainability in design, collaborating with Evian -with whom he had entered into a partnership back in 2018- on the creation of a new water bottle. The shape of the bottle, made from recycled polyethylene terephthalate (rPET), is already reminiscent of waste in itself, thanks to the dents on the sides. This structure, according to Abloh, physically manifests the recycled nature of the product, as well as Evian’s challenge to achieve 100% sustainable production by 2025.

Virgil Abloh’s style is strongly linked to the generation of Millennials. In fact, the designer openly declares that he creates his designs for the younger generation, who are for him both a source of inspiration and recipients. This is why his creations include and rework sweatshirts, t-shirts, ripped jeans, leather jackets and trainers with an architectural and basic approach.

Street style is always a point of reference for the designer, as is hip-hop culture, to which, however, other references are added from time to time, ranging from the paintings of Caravaggio to Raf Simons and Mies van der Rohe. Virgil looks to the world of DJs and artists to create a fashion that is self-expression and non-conformist.

Graphics are also important to Abloh’s style and translate into repeated prints, geometric patterns and quoted slogans. The result is casual yet refined with great attention to detail.

The passing of Virgil Abloh

On 28 November 2021, the family announced the untimely death of the visionary designer who had been silently battling a rare form of cancer since 2019. With these words Bernard Arnault remembers the creative director of Louis Vuitton:

“We are all shocked by this terrible news. Virgil was not only a genius and a visionary but also a man with a beautiful soul and great wisdom. The LVMH family joins me in this moment of great sorrow.”