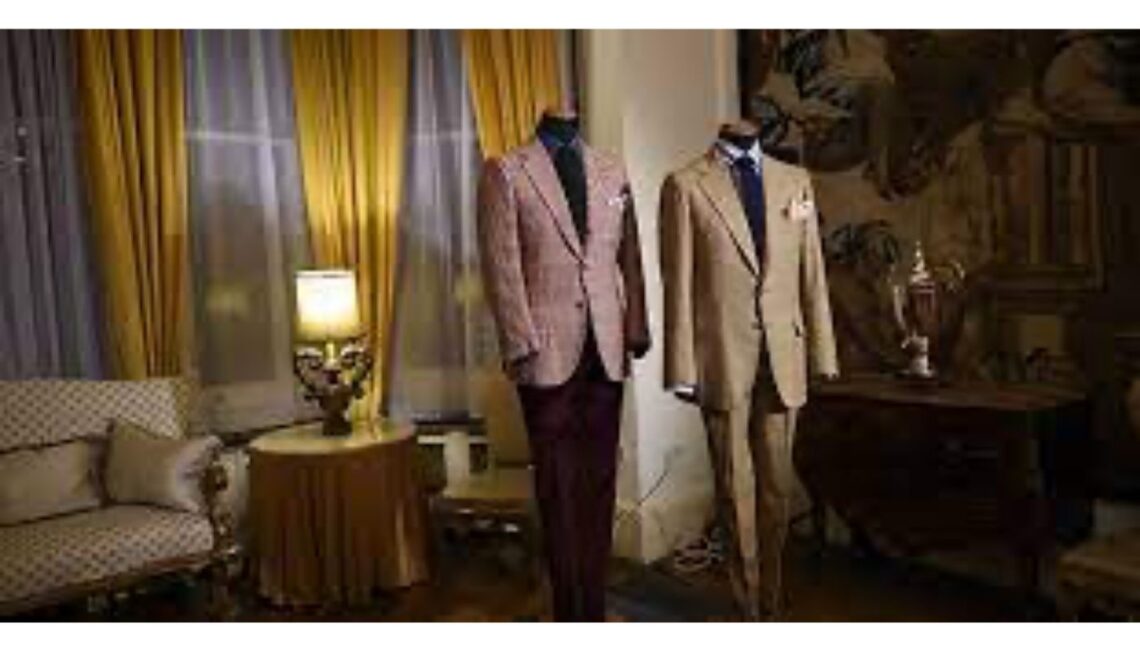 The atelier of Gennaro Rubinacci, known as Bebè, opened in the 1920s in Via Chiaia and later moved to Via Filangieri, where it is still located today. He immediately established himself as one of the most elegant and exclusive shops in Naples. Unlike most of his colleagues, Rubinacci was not born a tailor. He had solid bourgeois traditions: his ancestors, a century earlier, traded silks with the Orient and had a famous shop in Via Medina, near the Angevin Castle. Bebè was a refined aesthete, passionate about classical antiques and antiques. He knew how to choose collaborators of great ability, among whom emerged the young Vincenzo Attolini, a pupil of master tailor De Nicola. Among his first clients were Vittorio De Sica and Curzio Malaparte.

In the early 1930s, he designed the Neapolitan jacket

In the early 1930s, he designed what would go down in fashion history as the Neapolitan jacket, the forerunner of the modern male jacket. Rubinacci was the inspirer of a men’s fashion that, while faithfully following English dictates, was softened in its lines and lightened in its fabrics. His clothes stand out for the fluidity of their lines and their great wearability. The garments fall, adapting to different features without losing their recognisability. The Rubinacci brand became very popular in the 1960s.

In 1961, the company passed into the hands of Gennaro’s son, Mariano, who renamed it with the family surname and at the same time launched a campaign to open up to foreign markets, culminating in the opening of a boutique in London’s Mayfair district in 2005. After the shops in Naples and Capri came those in Milan, Paris, London and New York. Today the company’s owner is Mariano Rubinacci, son of the founder Gennaro. Mariano Rubinacci opened a showroom-sartoria in Via Montenapolene 18 in Milan.

Man and the Sea – Paths from Uniform to Blazer

For the occasion and to coincide with the presentations in Milan of the 2002 spring-summer men’s collections, the exhibition L’uomo e il mare – Percorsi dall’uniforme al blazer is being held. It is based on a collection that brings to life the evolution of the men’s jacket.2002, October.

A boutique with a private club opens in Rome. The fourth atelier, furnished in the brand’s typical colours, yellow and black, is distinguished from the others by the addition of a private club, a sort of lounge enriched with art objects and silks, where one can talk about fine clothes, but also about culture. For the inauguration of the Roman showcase, the sartorial garments were accompanied by the presentation of a book entitled Diario di una giovane principessa (1886-1897), by Adele Monroy di Pandolfina (Quiritta Edizioni). The event was hosted by Alessandra Rubinacci, Mariano’s eldest daughter and sole director of the company.

Some of the Neapolitan brand’s models were exhibited in the Victoria and Albert Museum’s exhibition dedicated to Italian fashion from 1945 to 2014.

Rubinacci is now present with single-brand shops in Naples (in Palazzo Cellammare), Milan (in Via Montenapoleone, Via del Gesù) and London (in Mount Street).