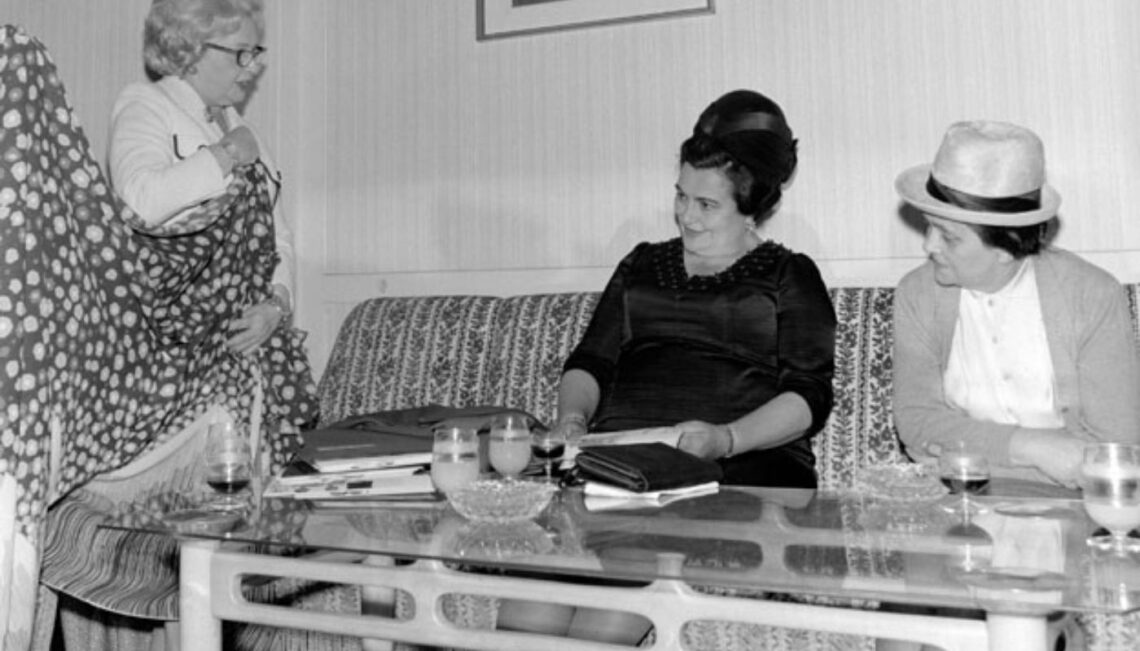 Klàra Rothschild is a Hungarian Dressmaker

Active from the 1930s to the 1970s, with differences dictated by historical circumstances. Before the war, she had an atelier in Budapest with 150 workers. After the war, the communist regime forced her (1951) to close it down and transform herself into a designer for the nomenklatura, with permission for seasonal trips to Paris to buy models and get inspiration from the haute couture shows. Every year, the dressmaker presented two collections of 130 dresses, showing in the great hotels of the Hungarian capital.