RALPH LAUREN IS AN AMERICAN DESIGNER AND FOUNDER OF THE EPONYMOUS BRAND. 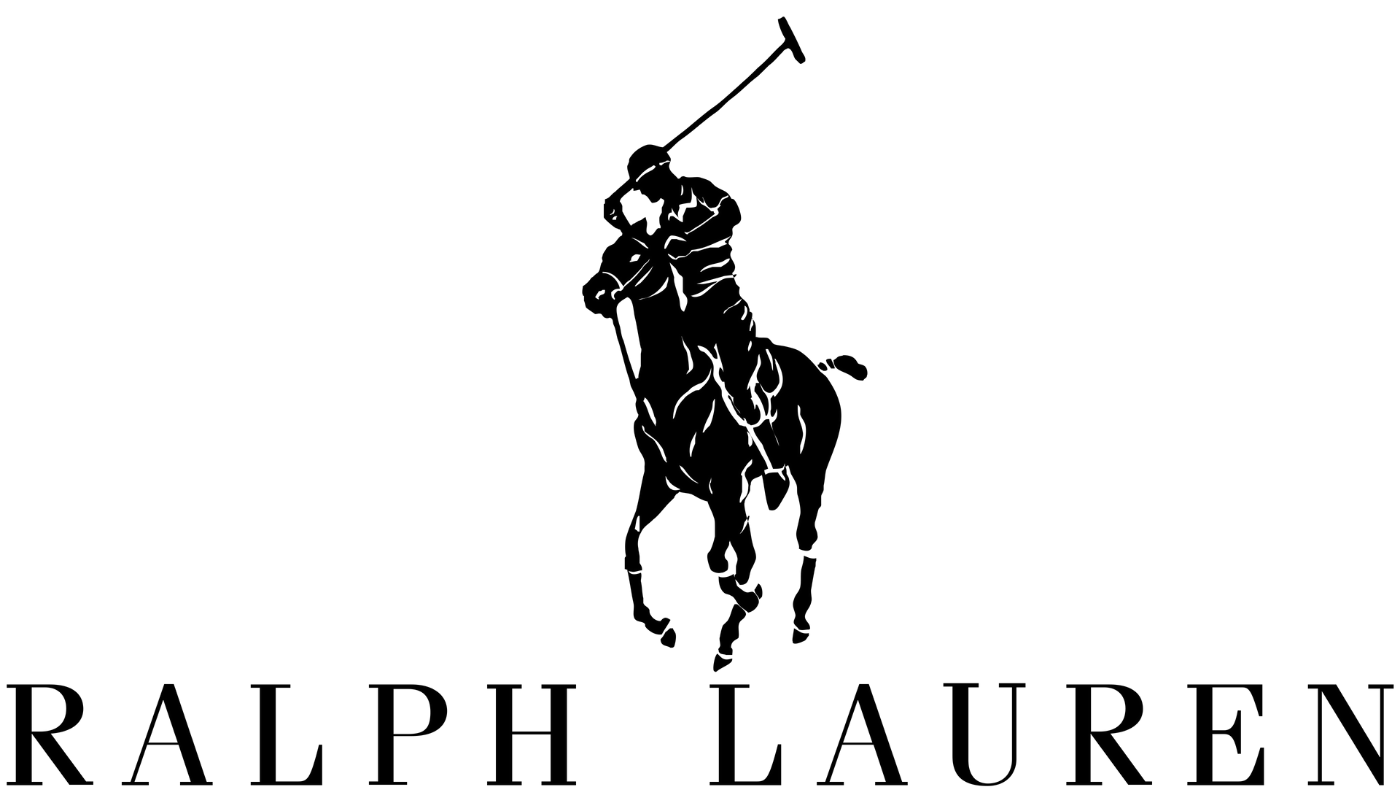 Ralph Lipschitz is the native name of Ralph Lauren, an American designer born in Bronx, New York. Since his childhood, he had shown great passion and love towards the industry of Fashion, which supported his career’s paths. He learned the profession by working in the field between 1956 and 1966. His job titles include sales assistant, buyer, and agent in several department stores in New York , including the Alexander stores, Allied stores, Bloomingdale’s , Brooks Brothers , and Rivetz in Boston. Meanwhile, he took evening classes in business management at City College in New York.

In 1967 he designed a collection of handmade ties for the Beau Brummel company under the name of Polo. The enormous success led, a year later, to the founding of the independent brand Polo by Ralph Lauren. Then, the brand debuted with a collection of tailored menswear.

Moreover, Right from the start, his aesthetic has interpreted the past with a touch of romanticism , blending the traditions of the English aristocracy , above all, the impeccable Duke of Windsor , with the stars of old Hollywood, such as Cary Grant and Fred Astaire. Also, he began designing with sports, African safaris, and New England holidays in mind. Ralph Lauren was able to expand his design to a full menswear line, and was awarded. His style was highly influenced by his dream of living as an American high Ivy-League society.

Lauren quoted saying: ” My goal in Fashion is to achieve the dream of dreams: the most beautiful reality you can imagine”.

As a result, to follow a style, the fashion designer started creating pieces which is now recognised as typically American. Also, he designed for the Wasps (White Anglo-Saxon Protestants, the white middle-class people of America). However, his style appealed to the whole world, eager for a slice of the American Dream.

Expansion of the Brand

In 1971, the designer launched his first womenswear collection and introduced the famous polo player on horseback logo to his Knitwear. That same year, he opened his first boutique in Beverly Hills, California and a corner space in Bloomingdale’s, New York. Moreover, the brand opened their first international store in London in 1981 and by then there were about 100 around the world.

Therefore, a few years later, in 1986, he opened his New York showroom in the former Rhinelander residence on Madison Avenue. The shop reflected his way of thinking about fashion and life, offering timeless elegance and the highest quality that lasts.

Sooner, the clothing lines have grown to around twenty, including men’s, women’s, youth and children’s wear. Also successful are the various perfumes and the homeware line. Various accessory lines are also produced under licence.

Ralph Lauren in the Cinema

Ralph Lauren has also designed several costumes for the cinema. In 1973 he dressed Robert Redford in the film version of Scott Fitzgerald’s, The Great Gatsby. During 1977, he launched a new fashion when he dressed Diane Keaton in men’s clothes in Woody Allen’s Annie Hall: jackets and pants in soft tweeds, shirt and tie, waistcoat and felt hats, everything assembled in a totally new ironic and sensual way.

The success did not stop him because they continuously started extending their products such as fragrance in 1978 up until today and different lines such as of Polo Sport in 1992, Purple Label in 1995, and Lauren Ralph Lauren in 1996. In fact Ralph Lauren did not stop there, he also started reaching out different market such as restaurants and bars that were opened in 1999 at Chicago and other major places in the coming years such as Paris (2010) and New York (2015).

The list of prizes and awards he has won is extremely long, including an honours degree in Classical Literature from Brandeis University in 1996. Also, some of his creations are part of the permanent collection of the Fashion Institute of New York. Later, in 1983 a retrospective of his work was held in the Denver Art Museum in Colorado.

Furthermore, he made significant donations to humanitarian causes, for example, research against Cancer and Aids. In 1998 he offered $ 13 million for the restoration of the first American flag, the original “Star-spangled banner”. The company was listed on the New York Stock Exchange in 1997. Two years later Ralph Lauren bought  Club Monaco, Canadian traders in High end casual clothing retailer, for $ 52.5 million, making its own name as one of the international powers in the field of prêt-à-porter .

Year, 2000, the company bought the brands European licensee, Poloco in Paris, for $ 200 million. Also, with the development of technology, Ralph Lauren kept his positioning by launching official web site in 2000.

The next year 2001, Lillian Wang von Stauffenberg and Lauren DuPont became the new designers for the women’s collection and with which global retail sales reached $2.6 Billion. During the first half of the year the company had a turnover of $ 898.3 million, an increase of 3.8% compared to 2000. Net profits amounted to $ 125.1 million. The multinational had 231 stores worldwide. In the United States sales represented 78.1% of the total; in Japan and Europe, respectively, 10% and 7.3%. The clothes and shoes bearing the Ralph Lauren brand name are mostly produced in Italy.

While,  in 2001 the Polo Ralph Lauren Foundation was founded. The designer launched the Pink Pony initiative to help raise awareness of Breast cancer. In the spring 2002 fashion show models were wearing the Pink Pony T-Shirt, which became a symbol of the campaign. 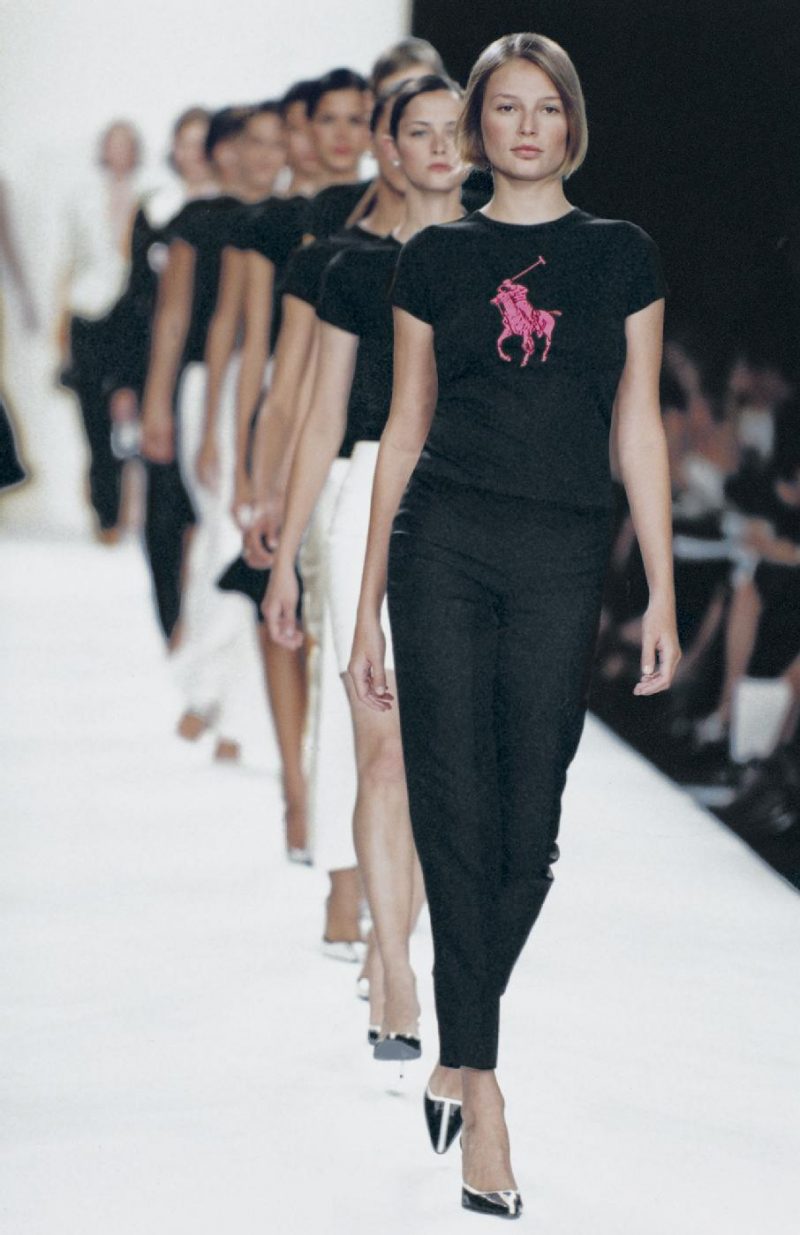 February of 2002, For the first time the group presented its men’s collection in Milan, in its headquarters at 27 Via San Barnaba (designed by the architect Mino Fiocchi). It is a reproduction of the designer’s house. Later in December, after 25 years of a license agreement with Seibu, Ralph Lauren took back control in Japan, acquiring 50% of the company operating under the general license. The total investment amounted to $ 70 million.

Following, January 2004, Ralph Lauren opened their first flagship store in Milan, Via Montenapoleone. With more than 20 collections, 265 stores all over the world, and a retail value of $ 8 billion, Polo Ralph Lauren aimed at reaching, in the next five years, a turnover of $ 1 billion in the European continent halo.

Furthermore, the same year leads us to when the designer launches the Rugby line , a complete collection for teenagers aged 16 to 25. The line obviously inspires the same sport. In October, he opened his first Rugby store in Boston. In 2005, sales grew around 38%. There were notable increase in profits, especially in the third and the last quarter of 2004. And the new year begins with an increase of receipts, rising to $ 74.8 million, over the $ 35.4 million of the year before. 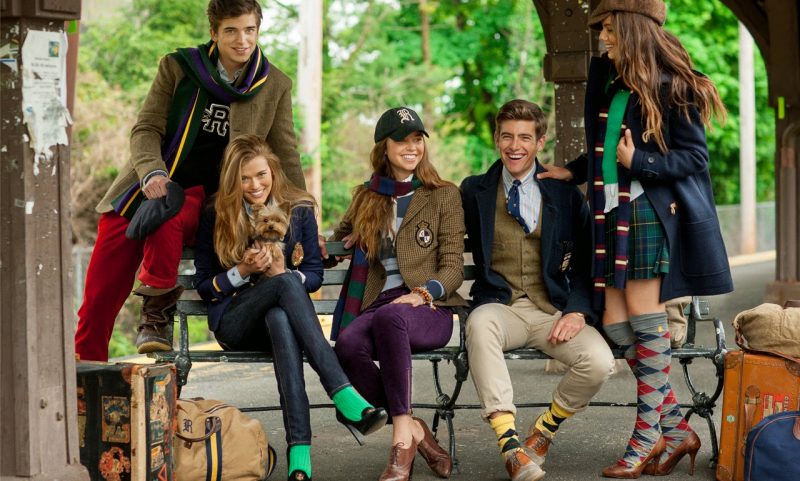 In 2006, Ralph Lauren opened its largest shop in Omotesando, Tokyo, 2230 square meters of Ralph Lauren’s entire world show. In 2007, two flagship stores were opened in Moscow. The following year, the company entered the jewellery and accessories sector through a collaboration with Swiss Luxury Goods Group and the partnership continues to this day.

Another collaboration, which ended in 2012, was with JC Penney for the launch of the Ralph Lauren Home collection. In 2008, once again Ralph Lauren is confirmed as the official sponsor of Wimbledon , the most exclusive tennis tournament in the world, and dedicates a collection to this event.

On the other hand,  Ralph Lauren opened the sophisticated line called Black Label in 2009 and then reaching out the kid’s section through the “Pink Pony” collection in the same year as well. For the women’s line, in 2010, the brand started to launch the line Lauren’s Handbags and Accessories. Later, in 2012 the Rugby line, which started in 2005, is officially discontinued.

The latest highlight was the Ricky Bag in 2016, which was inspired from his wife. The bag had a discreet rechargeable battery to power the internal LED light and also a USB port to charge mobile devices. As a result to the unique design, this collection also was exhibited at the Museum of Fine Arts, Boston.

By the end of 2015, Ralph Lauren officially stepped down as CEO, but will remain executive chairman and chief creative director. Stefan Larsson , a Swedish born previous executive of Old Navy and Gap, took Lauren’s position as CEO. Unfortunately, after a year, Larsson stepped down after a disagreement with Lauren on how to revive the brand in the new era. Currently, Ralph Lauren is looking for a CEO.

Over the years,  Ralph Lauren never stopped envisioning future. In 2016 during New York fashion week they partnered with Periscope, Twitter’s livestream app, creating the first livestream of the luxury’s runway show in Manhattan and streamed on a billboard in London’s Piccadilly Circus and @RalphLauren Periscope account. With continuous expansion of stores and products’ development, Ralph Lauren currently has more than 500 directly operated stores worldwide and international licensing partners around the world.

In 2017, Patrice Louvet was appointed CEO.

In the third quarter of fiscal year 2021, Ralph Lauren’s revenues amounted to $1.4 billion, or -20%. The brand thus misses the $1.47 billion estimate cited by Business of Fashion. Adjusted net income fell more than 42% to $125 million. This, on the other hand, exceeded analysts’ estimates by 1.63. China, on the other hand, proved to be the leading market, with +40%. Double-digit digital property sales growth was seen in all regions, including +70% in Europe and Asia. To cut costs due to declining sales, the brand is planning 15% redundancies by the end of 2021.