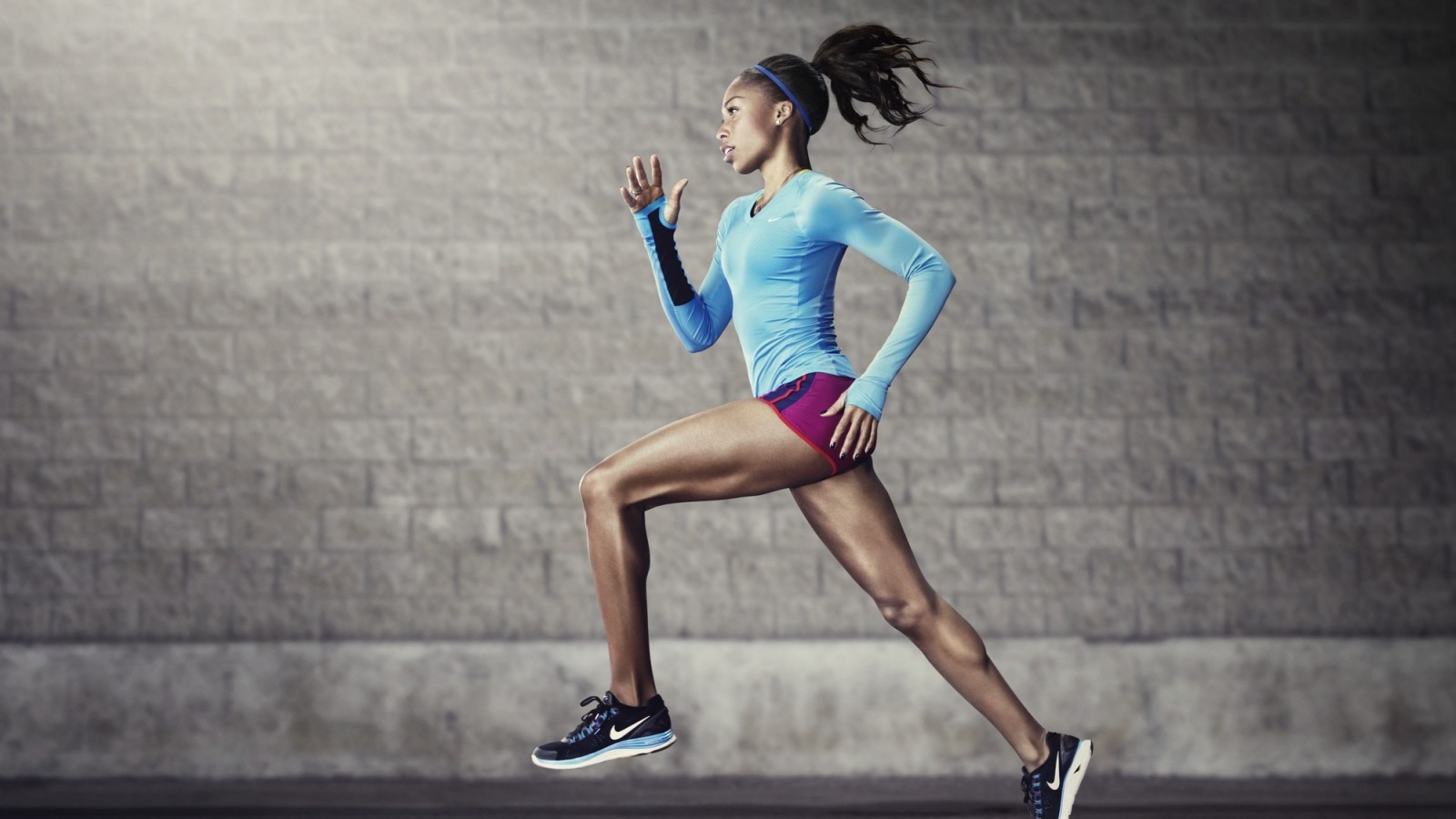 Nike is the American brand of trainer shoes. The company started as Blue Ribbon Sports in 1964 in Oregon, by Phil Knight and Bill Bowman, who later died in 1999. Then, in 1971 became as its known today, Nike. In Greek mythology, Nike was the goddess of victory and represented success in war and athletic competition. The two iconic mottos of Nike are “just do it” and the notorious “swoosh”. It has played a vital role in making trainers the footwear of choice for everyday use, in its many styles, colors, and technologies. It boasts Michael Jordan, the star of the Chicago Bulls and one of the greatest basketball players of all time, as a celebrity endorser.

Since the beginning of the company, Nike followed a twofold path, developing innovative footwear, and creating a powerful and emotionally involving communication strategy. The same success was achieved at the Olympic Games in Barcelona in 1992 by the American basketball team, the famous Dream Team, made up of the NBA professionals, wearing Nike shoes.  Also, Ilie Nastase, a revolutionary and eclectic tennis player, was the first to name a long list of athlete that have represented Nike over the course of the years. It was great publicity.

Nike was the first brand to offer, at the beginning of the 1980s, shoes specifically designed for every sporting discipline: jogging, aerobics, body building, running. To remain above their competition, the brand inserted pockets of air in the heel and sole, copying the technique from Dr Martin’s, with the result that Nike Air monopolized the market. In the heart of Manhattan, the company has a highly modern showroom on two floors, organized according to each different sport.

In April 2002 Nike and Philips announced their collaboration to develop electronic equipment designed for physical activities. It began in September with the launch of a CD player adapted to the needs of sporting individuals. The birth of the Nike Presto line of casual clothing, following the success of rapid use shoes without laces. The wider collection includes clothing, watches and bags.

Later in June, the launch of the franchising operation of the European sector of the multinational. The Viennese store (350 square meters) was the first in a series of test spaces opened in Europe within the course of a few months. The multinational aimed to open 100 European stores by 2008. Then, in December there was the inauguration of the Milan store, on two floors in Corso Buenos Aires. In the second quarter of 2002, the total sales in Europe, the Middle East, and Africa increased by 8%. On the American continent, however, sales decreased by 8% for the same period. By 2003 the global launch of shoes for children aged between 1 and 6 years old, inspired by the Lego Bionicle series.

At this time Nike was criticized for allowing child labor and sweatshops with bad conditions. In response to these criticisms, Nike announced that its plants would be monitored by the International Labor Organization to prevent children exploitation.

In 2004, Phil Knight leaves his position of CEO and President, but remains as chairman. William D. Perez was appointed as the new CEO. The corporation close this year with revenues exceed $12.25 billion, and made significant donation $37.3 Million in Cash for In-Kind services and more than 4,500 Non-Profits globally, including supporting Youth Physical Activity, which is one of the companies long term commitment to getting kids and teenagers more physically active, increasing their physical activity, offering them the support and motivation to become physically active, stay healthy and have fun.

A year later, Nike became the first company in sports industry to disclose its factory base to encourage industry transparency and collaboration. During this period, Nike signs tennis star Rafael Nadal to be its new spokesperson. The company introduced its signature minimalist running shoes Nike Free, in that time, Nike Free was the most cushioned model in the whole industry.

In the beginning of 2006, CEO William Perez departs. At this time, the company’s commitment to industry-leading transparency in its social responsibility reporting has led to the company being the top U.S. company and one of the world’s top 10 in the latest Sustainability Global Reporters Program ranking.

In 2007 Nike made a 5-year sponsorship with India cricket team for $43 million. Later in this year, Nike welcomed its new CEO Mark Parker. During this time, Nike teamed up with Apple and created the first collaboration between sport band and technology company, together, Nike+iPod sports kit is launched, this product aimed to help runners to log and monitor their runs through iTunes and Nike+ website. At end of this year, Nike introduced AF 25, after 25 years of Air Force shoe line.

In 2008 Nike launched the Air Jordan XX3, a high-performance and eco-friendly basketball shoes. Also, the Nike Considered Design made its debut, this collection combined sustainability and the latest innovations for sports.

The company has provided consumers considered products for several years but for the first time, they considered Design and aimed for it to be featured in all of Nike’s six key categories: basketball, running, football, women’s training, men’s training and sportswear, as well as in tennis and ACG (All Condition Gear).

Also at this time, Nike and The Finish Line Company announced the opening of a new retail experience called Finish Line Ltd Customized to meet the needs of young running and training athletes. The concept store is located at the Chandler Fashion Center near Phoenix, Arizona.

Thanks to a smart and effective communication strategy that has involved the greatest representatives of youth cultures, the creative forefront, and relationships with the most significant artists, designers and role models of all time, Nike has managed to carve out an important place in the imagination of consumers, a decisively transversal target. The communication policy of the brand also includes the creation of very active web platforms, intended to become small virtual communities for people that love challenges and the world of sports.

In 2009, Nike opened a flagship store in Tokyo. In 2011 the House reopened the 1948 space in London, which had been closed three years before. Nike set up a space both for the sale and for customer entertainment.

2014 marked the new store openings in Berlin, in Rio (exclusively dedicated to football), in San Francisco and in Seoul. Also, they introduced many NikeLab, where people can find both e-commerce and creative spaces. NikeLab is a place where the brand can show how the Company interacts and collaborates with other innovators and designers. In 2015 they introduced new products that help both breathing while running and the temperature control during sports activities.

At this time, the company launched a new application called SNKRS, which allows fans to discover and buy new products. It is considered the best sneaker store in the palm of your hand. Recently the brand started to support an environmentally sustainable production. As a matter of fact, Nike spent $50 million in research and development to change, with nitrogen, a gas that was already contained in the soles of the Air Max and contributed to global warming. With this change the brand introduced Airmax 360. Some years ago, Nike introduced the customization of the shoes to satisfy extravagant people that want to express their own style. This kind of service is available on the web site and in stores.

Over the years, sustainability plays a critical role at the company, which is also considered a powerful engine for company’s future growth. The company has spent more than a decade embedding sustainability across the company to help technology and innovation to drive new solutions that could deliver for athletes, business and the world. The company has made commitment to reducing carbon emissions to support global carbon budget, environmental footprint, and ensuring their sourcing and manufacturing ecosystem continues to deliver sustainable growth across the entire value chain.

In 2016, Nike expanded the European logistics campus, located 50 km outside of Antwerp, using only renewable energy sources, including wind turbines and solar panels. To stay in line with the eco-friendly policy, 95% of waste, produced on site, is exploited to create energy. In addition to reducing waste, in 2016 Nike improved the performance of Nike Flyknit (a pair of shoes that performs since four years from introduction date), being now lighter and more protective, ensuring maximum performance and minimizes waste.

On February 12th 2017, Nike uses its logo to introduce an initiative in favor of respect and loyalty during sport activities. The spot is entitled “Equality” and boasts Michael B. Jordan, LeBron James and Serena Williams among the actors.

Nike has consolidated its business and its success through serious investments in research into new technologies for sport performance, a search they continue to develop together with the best athletes in every discipline, becoming the first manufacturer of accessories and clothing for football, basketball, tennis, skateboarding and many other disciplines. Currently, the company has 5 global headquarter in worldwide, 62.6k employee’s, their products can be found in every country in the world, they are sold at 110k retail stores, and during the year of 2017 there were 931 more new stores were opened.