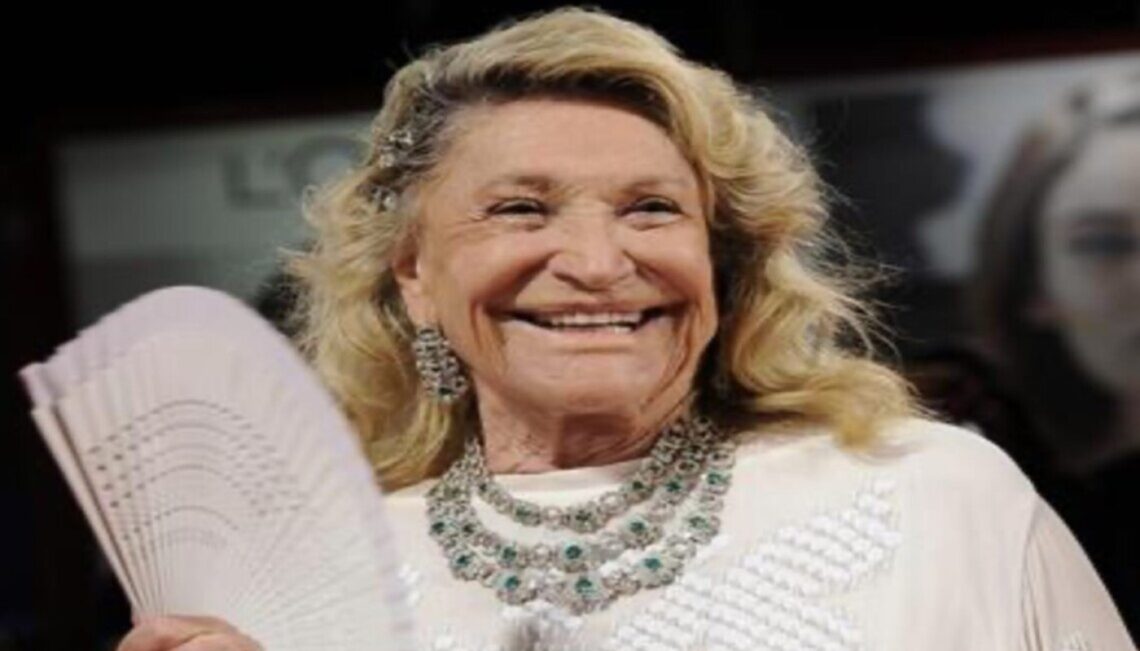 Marta Marzotto is an Italian designer born in 1931. Explosive, unstoppable, and a veritable volcano of ideas, Marta Marzotto is a society queen, much talked about, loved and envied. She is brilliant at self-promotion, aided by her straightforward and willing approach. Intelligent and shrewd, she is the kind of person who never gives up, the result of her Emilian blood and peasant roots. Her charm is endowed with a streak of madness, something she turns into a positive quality, and it was no coincidence that she named her clothing collection Marta da legare (which perhaps might be rendered very loosely as Crazy Marta).

She entered fashion on an industrial scale in 1991 when she signed a contract with the Standa chains of supermarkets to design their line of womenswear. Paraphrasing Standa’s own slogan, she christened the operation “Marta of the Italians”: the clothes were a sell-out, proving her right. She diversified the collections. The secret of their popularity was based on their interchangeable nature: just three garments made it possible to change outfits up to six times. The association continued until 1996.

Work amuses her: for example, before the Standa contract, she had designed and financed a small collection, which was immediately made into 3,500 garments and sold to a famous boutique on Rodeo Drive in Los Angeles. Once the collaboration with Standa ended, her brands continued to appear at Milano Collezioni, where each season’s prêt-à-porter is presented.

Marta Marzotto is an inspired eclectic: in a single collection it is possible to find Javan textiles, Turkish kaftans, Persian motifs, echoes of Morocco, or flowers wafted by an Oriental breeze for gauzy beach dresses in the style of Gauguin. The runway show of March 1998 was particularly memorable, a meeting point of delightful follies, with ostrich feathers and Viking hats. Above all, fashion for Marta is like a first love that is never forgotten: her point of reference following from her career as a model during the years of the Dolce Vita. She gave up the profession to become a wife, a leading member of Rome’s high society and a muse for Renato Guttuso.