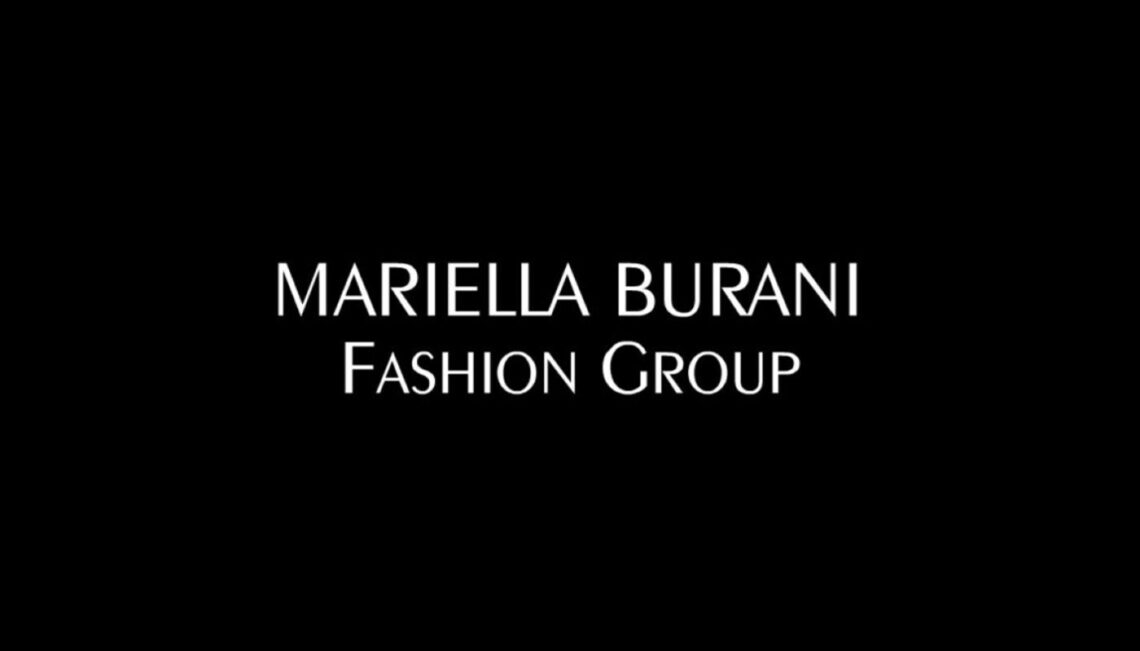 Mariella Burani is a multi-brand and multi-product fashion group with headquarters at Cavriago, in the province of Reggio Emilia. Selene, the first nucleus of the firm founded in 1960 by Walter and Mariella Burani, still features on the faµade of the factory. At the time, Mariella produced and distributed children’s clothing. The company, still administrated, developed, and guided by the Burani couple (they respectively hold the roles of president and creative director), has strategically evolved to take a leading position in the sector.

After a decade concentrating on the production of women’s prêt-à-porter clothing, at the end of the 1980s it began to concentrate on licenses. The group was joined by famous brands such as Valentino, with the Carisma and Carisma Rouge collections (1993), Gai Mattiolo prêt-à-porter and ready-made (1996), Gai Mattiolo Fashion Jeans (1997), and Calvin Klein Collectionline (1999). But the main development that allowed the group to attain its current stature was its policy of acquisitions. In 1999, it purchased the longstanding brand Mila Schön, the knitwear company Dimensione Moda and the internet provider Sedoc-Trading.

In 2000, this strategy continued, with the acquisition of 60% of Gabriella Frattini, a leader in luxury knitwear. But 2000 was an important year for three other reasons: first of all, the company was quoted on the Stock Market, secondly it diversified into the sector of leather goods, by acquiring two companies, Bracciallini and Dei Mutti and, finally, because it launched fashionweb.net, the official website of the Italian National Chamber of Fashion.

2001 was an even busier year, bringing a new look to the Group, as it chose to concentrate on its new leather goods production. A new brand, Antichi Pellettieri, was launched by merging four firms — Baldinini, Mario Cerruti, Mafra (luxury footwear) and Enrico Mandelli — which created leather garments. The year closed with the acquisition of Moda Trading, for a long time the license owner of Mariella Burani’s jeans and sportswear lines; the formation of a joint venture with Stephen Fairchild, for the production and distribution of the men’s and women’s clothing lines; and, finally, with the important acquisition of a branch of Gft, which includes the Sahza brand and 13 spaces in the most prestigious international department stores. These acquisitions allowed the Group to close 2001, a dreadful year for fashion companies, with a turnover of 221.7 million euros (up 40%).

The various purchases of the group

In February 2002, Mariella Burani Fashion Group took over another part of Gft, absorbing Revedi Plc and Revedi Sa, which has 18 outlets in Italy and Switzerland representing a value of 3.7 million euros. A month later Itm, a firm in Como producing silk and jersey textiles, came under Burani’s control. The cost was 12.3 million euros. The year concluded with the acquisition in December of 50% of the Germany company René Lezard Mode, a manufacturer of luxury clothing for men and women. This policy paid off. The year closed with a turnover of 273.9 million euros (up 23.5% on 2001) with a net result of 11 million euros (up 96%).

In mid-2003 the Group signed an agreement with Sector for the production and distribution of Burani watches, bringing to 18 the number of its active licenses. The partnership was to last five years, with the possibility of renewal. The launch on the market was fixed for Spring 2004. Subsequently the Burani Group acquired 60% of the Vicenza firm, Francesco Biasia, for 10.2 million euros. In June 2003, Interbanca bought a share of 33% of Burani Designer Holding Bv, a company set up under Dutch law belonging to the designer’s family. The merchant bank’s participation as a minority group encouraged new investments, in order to maximize medium-sized “made in Italy” companies.

30% of the capital of Antichi Pellettieri S.p.A is sold to L Capital, a fund that reports to LVMH SA, for a value of 25 million euros. Antichi Pellettieri, created in 2001 to bring together the group’s leather business, controls the Baldinini, Sebastian, Braccialini, Biasia, Mandelli, and Cerutti brands. In 2002, it had revenues of 75 million euros and a gross operating margin of 9.5 millions.

A four-year license agreement is signed with Braccialini for the production and distribution of the line of accessories signed Mariella Burani.
Braccialini, the women’s accessories firm, opened its first flagship store in the UK, in London. There are 14 own-brand Braccialini stores, of which 8 are in Italy and 6 abroad. The group buys out Don Gil, an Austrian luxury clothing distribution chain. This group had a turnover of 428.9 million euros, up 19.6% on 2003 and a gross operating margin of 53.3 millions, up 22.6%.

The group focuses strongly on a youthful public with the line “Amuleti J” designed by Gabriele Colangelo. This brand is presented on the runway on 25 February, together with big names like Gianfranco Ferré, Etro, Roberto Cavalli, Trussardi, Moschino, and Dell’Acqua. In the same month, the Emilian firm diversified into the sector of natural products of herbal origin for cosmetic and alimentary use, acquiring 80% of Bioera. The remaining 20% of the firm, which had a turnover of 36 million euros and a gross operating margin of 6.5 millions, remained in the hands of its managers.

The first quarter of the year

This first quarter of the year concluded with a turnover of 117.6 million euros (+11.5%) and a gross operating margin of 14.5 millions (+12.8%). The Braccialini brand, which closed 2004 with a turnover of 23 million euros, up 30% on 2003, focused decisively on Eastern markets and announced the opening of 6 new stores, of which 5 were franchises and one self-owned.
Mariella Burani Fashion Group acquired 100% of Bernie’s AG, the leading distributor of luxury goods in Switzerland, with 16 exclusive stores, for a value of 2.2 million euros. Bernie Lehrer, founder and president of the company, remains at its head. A five-year contract was also signed with Sover for the distribution of glasses in Italy and abroad.

The MilleMiglia and the oscar in Fashion

The group “dresses” the MilleMiglia. It supplies clothing and accessories to the pilots and the entire staff. On the opening day, 19 May in Brescia, it presented a preview of the Spring-Summer 2006 collection. Walter and Andrea Burani, president and CEO of the group, took part in the competition behind the wheel of a Ferrari 750 Monza.

The Oscar for a Career in Fashion 2005 is awarded jointly to Mariella Burani and Yamamoto. During the same month the LVMH group acquires 7% of Burani. Massimo Gatti signed an industrial and financial contract with Mariella Burani Fashion Group. The agreement allows the company to expand in the leather goods sector.