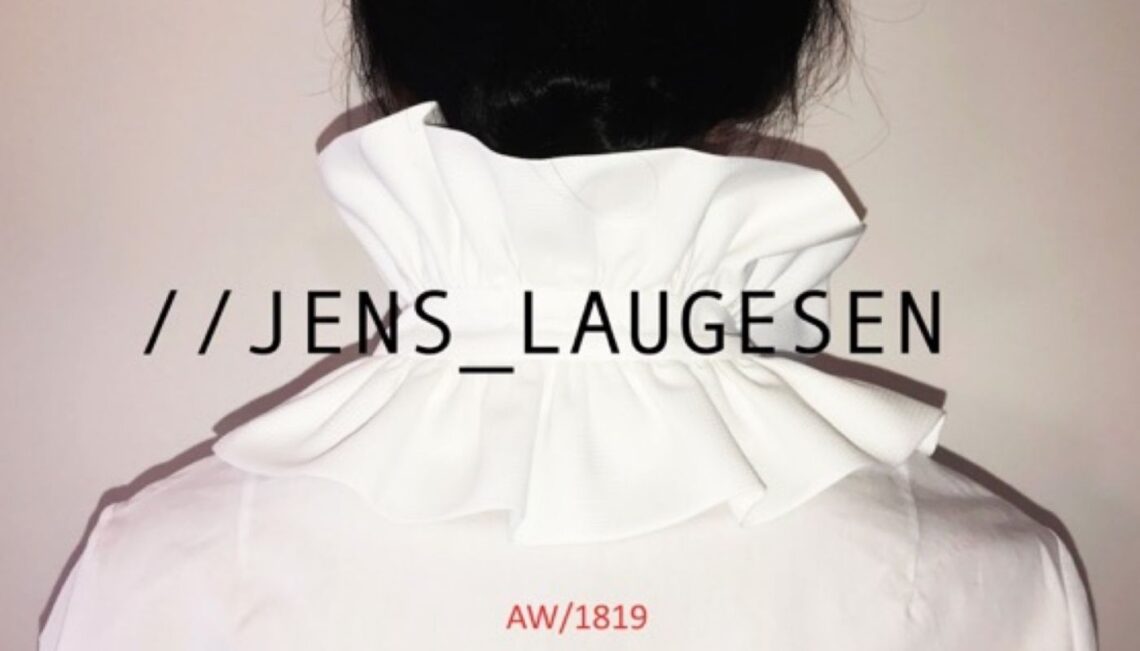 Jens Laugesen (1967), Danish designer, moved to Paris in 1987 to study Haute couture at the Chambre Syndicale de la Mode, from which he graduated in 1991.

Once back in Denmark, he became a fashion journalist working as a freelancer for several Scandinavian magazines. In 1994 he returned to Paris to gain a Master’s degree in Fashion Management at the Institute Franµais de la Mode.

Then for six years he worked as a designer at several Parisian maisons. In 2000 he studied for another Master’s degree, this time in Fashion Design, at London’s Central St. Martin’s College. His show at the end of the course was very successful and the Maria Luisa boutique in Paris dedicated its shop windows to his clothes during the Paris haute couture week.

His headquarters are now in London where, at the end of 2002, he launched his own brand of women’s clothing.

In 2003 Laugesen’s creations are chosen by Alexander McQueen to be part of his Fashion Bible. In addition, in 2006 the designer won the ANDAM FASHION AWARD, created by LVMH and L’Oréal.