Damiani, a leading company in Italian jewellery manufacturing and trade sector. The brand was established in 1924 with Enrico Grassi Damiani, he began designing and creating jewels with diamonds, and soon he became favorite jeweler to the noble families of Valenza Po, the center of the Italian goldsmith tradition.

Enrico Damiani was acclaimed in the italian jewelry industry as the highest expression of classicism, balance, and preciousness. And his son, Damiano, continued the family business, with his creativity and entrepreneurial spirit he designed jewels with a more contemporary style which remained unaltered over the time. 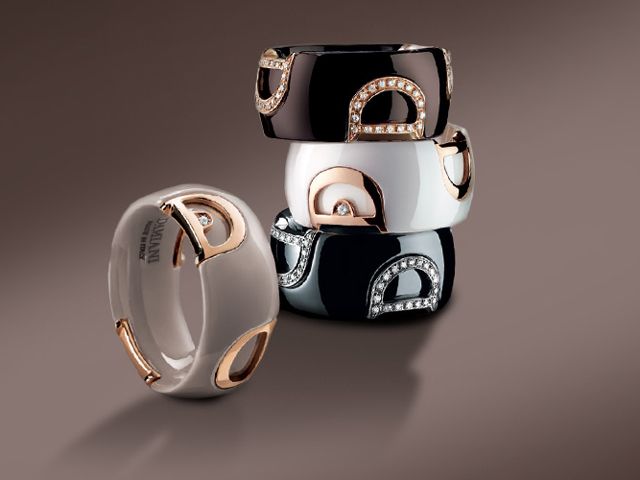 Since the beginning each masterpiece created has conveyed the absolute reflection of a woman who believes in inner beauty, elegance, knowledge, and power. A lot of investment was made in research and development as a result of company’s clear-sighted and conscientious character. This power of taking decisions by considering the future is the potion of today’s clairvoyants and Damiani is one of them. The jewelry art evolved with a focus on white gold, as the princely metal of the Collections.

After a time, the firm became a corporation. In 1960 the company started to expand industrially and invested a huge amount of money to build their research and development department. Then, by 1976 the company won the first Diamond International Award with their “Bocca di Squalo – Shark Mount” bracelet. It has received several De Beers Diamonds International Awards, which are the Oscars for jewellery.

From 1980-90 the communication strategy of the brand was changed completely. Celebrity brand ambassadors became the primary source for their new communication strategy, and new collaborations with famous photographers were established for their campaigns. During the 90’s, the brand opened its first international branches in Switzerland, United States, and Japan. During this time the advertising spokesperson of the griffe was Isabella Rossellini.

In fact, Damiani is among the first jewelry companies in the world to introduce the use of testimonials since the late 1980s. Over the year’s Damiani’s impressive and awarded advertising campaigns have been shoot by internationally renowned photographers and featured some of the most famous stars including; Isabella Rossellini, Brad Pitt, Nastassja Kinski, Milla Jovovich, Jennifer Aninston, Gwynet Paltrow.

In the early 1990s the third generation entered Damiani. Silvia Grassi Damiani, born in 1966, is in charge of purchase of pearls and global communication. Giorgio Damiani, born in 1971, is responsible for export, development of all the collections and the purchase of precious stones. and Guido who was born in 1968, starting work as sales director, and now the chief executive officer.

Over the years, other prestigious brands were added to Damiani, including Salvini, which was born in 1986, and Alfieri & St. Jhon, recognized as a brand in Italy since 1977. In 1997, Damiani International BV was established, with headquarters in Amsterdam and an operating branch in Switzerland, which also controlled Damiani Japan K.K. (Tokyo, 1998) and Damiani USA Corp. (NY, 2000). Each branch represented a real operative base with all the typical functions of a structured and strong international group.

In 2000 Bliss was created, launched, and promoted through New Mood S.p.a., which was controlled by the group. In 2001, with the aim of optimizing business processes, it was decided to transition to using the ERP/SAP information system and the group’s budget was subjected to a voluntary certification.

In April 2002 the Damiani Manufacturing Company, led by Simone Rizzetto and his brother Christian, receives the ISO 9001 quality certification. This certification, recognized at national and international levels, recognizes the quality of precious metals, gems, and pearls selected by expert gemologists according to the place of origin, manufacture, and finishing of the jewellery.

In October with 130 linear feet of shop windows and two floors at the corner of via Montenapoleone and via Sant’Andrea in Milan, a new store is opened. This store follows the concept of other stores already opened abroad in Tokyo, Berlin, Dubai, and Honolulu. The project is by the architect Antonio Citterio. Soon there are four stores in Milan, with a total of 25 boutiques all over the world.

Also, after several failed negotiations, the Damiani Group acquires a significant minority stake in the Pomellato Group. The vice president and designer of Damiani, Silvia Damiani, declares her strong confidence in the decades-long experience of Giuseppe Rabolini, the president of Pomellato, whose turnover is about €55 million. For its part, the group closes the year 2001 with a turnover of €219 million and profits of €3.1 million. In 2002, investments remain steady at €36 million.

At this time, Damiani enters the watch industry. The men’s watch Ego Oversize, manufactured in Switzerland, is entirely designed by the griffe‘s style department. There are three versions with a total of seven models.

In February 2003 the brand opens two new stores, in Kiev and Moscow.  Also, Damiani collaborates with the soap opera The Bold and The Beautiful. Some scenes are shot in Portofino. For the occasion, during a presentation, the actors and personalities show off Damiani watches and jewellery. June marks the opening in Paris of the international exhibit Diamonds and the Power of Love, organized by Diamond Trading Company. There are unique pieces from the most important international jewellers. Damiani presents the Chakra necklace, a two-section cascade of diamonds symbolizing the union between man and woman.

The firm opens a new boutique on Place Vendôme. In the boutique there is an exhibition of unique pieces created by Damiani that have received the De Beers Diamonds International Award, which is the prestigious Oscar for jewelry, 18 times, which 4 where won by Calderoni, a historic Milanese jewelry brand, acquired by the group in 2006. Damiani holds the world record of De Beers Diamonds International Award. The Damiani group is owned entirely by the family, now in its third generation. In December the firm celebrates 80 years of prestige in the world of jewellry with an exhibition. On display are 8 exclusive and unique pieces, including a necklace composed of 1,370 diamonds with 100 carats.

In 2005, after ending the previous year with revenue of €180 million, Guido Grassi Damiani, the general manager of the group, talks about the future with an eye on exports and aims at increasing the turnover, of which 80% presently comes from the Italian market. Later, in 2007, the group went public and was listed in the Milan stock exchange, a very important step in its growth, affirming Damiani as one of the leaders in the international jewelry market. In 2008 Damiani acquired Rocca, the only franchising at the high end of the Italian market, and one of the very few in the world.

In November 2010 The Clean Water project, which was developed in collaboration with Sharon Stone, achieved its first important result. This project was created to build clean water wells to South Africa where an important diamond supply is located. The Maji Collection was designed for this project to collect money from its sales.

In 2011 the Company became the first jewelry brand to reveal its prices on the internet for complete transparency. At this time, Damiani owned 55 flagship stores all over the world, located in the main streets of Italian and international fashion locations including Milan on via Montenapoleone, Rome on via dei Condotti, Paris on Place Vendôme, NY on Madison Avenue, and Tokyo on Ginza. In August Damiani implemented special project for the women who suffered from the earthquake and tsunami in Japan, where a selection of must-have products and special collections were put on sale. The raised money was donated to Japanese Organization for International Cooperation in Family Planning.

In 2012 Damiani won the Robb Report of the Best 2012 award with their Burlesque Bracelet. Next year, with their Vulcania necklace, the company was granted second time to the Best Annual Fine Jewelry Award. The necklace that took more than 530 hours to finish and became a piece of art with its diamond, placed in the traditional Damiani ‘apparent chaos’ setting.

On February 2012, Damiani announced a strategic agreement with Itochu, a Japanese international group: this contract made Itochu part of the capital of the Damiani Japan K.K., with a minority stake of 14%, through a private capital increase. Later in May, an exclusive distribution agreement was concluded with Hendgeli, the leader of watches and jewelry distribution in China. By 2014 Damiani was the first jewelry brand to land in Mongolia, Ulan Bator, in the Central Tower Mall.

For their campaigns, Damiani always collaborates with strong women like Sharon Stone, Chiara Mastroianni and Sophia Loren who portrayed the values of the brand. Only a piece created intricately by the hands of a passionate, dedicated and deep-rooted creator can portray the values of the Damiani women.

In April 2013, Sophia Lauren took part in a series of events in Singapore, Beijing, Shanghai and Hong Kong. Seven new pieces were added to the existent Sophia Lauren collection and launched in the tour.

In June 2014 the company celebrated its 90th year anniversary with an exhibition. Damiani’s 18 awarded masterpiece jewelry pieces were exhibited along with the prizes and a special collection in Florence from 19th of June to 7th of September.

Next year in September, Damiani participated in the Italian Open Golf Tournament as a main sponsor. The reason behind this sponsorship is that the values of the company match with the ideology of the sport. Both believe in the power of hard work, focus and being prepared.

In February 2016 the brand launched a collaboration with Microsoft in which they produced a precious smartphone case for the new Microsoft Lumia 950. Also, the company was granted the Ethical Company Prize due to their various social projects.

Currently, the brand is a winner of 18 awards, has 61 direct and 17 franchised stores all over the world. And the Damiani Group ended the 2017 with consolidated revenues from sales equal to 161.5 million euros (+4.8% at current exchange rates compared with 2016).