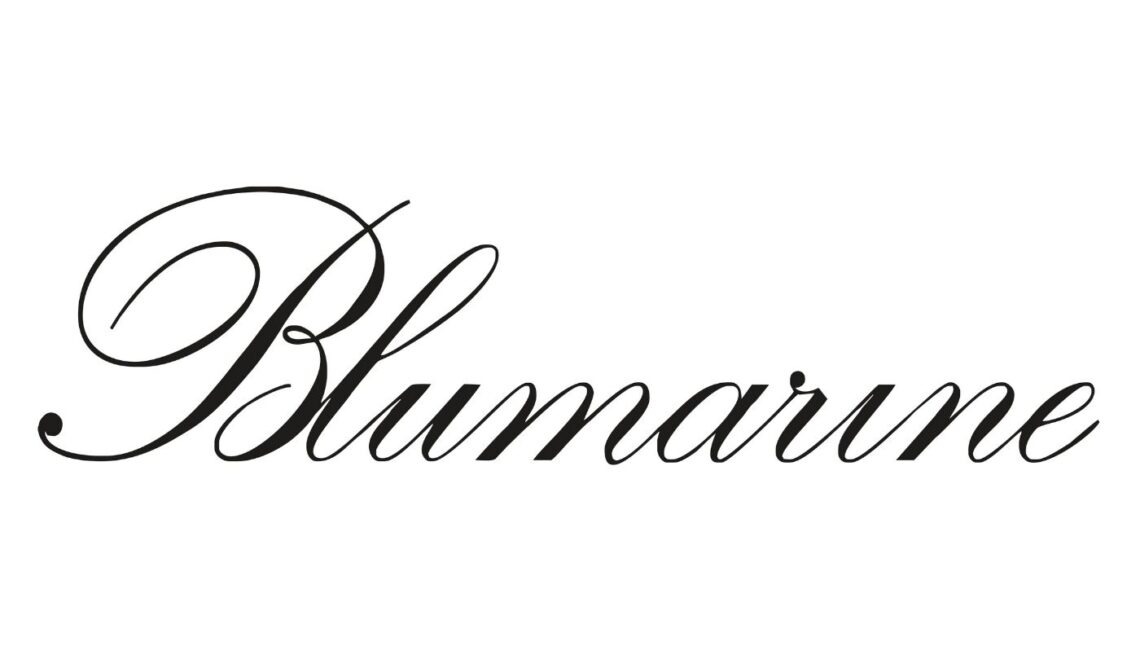 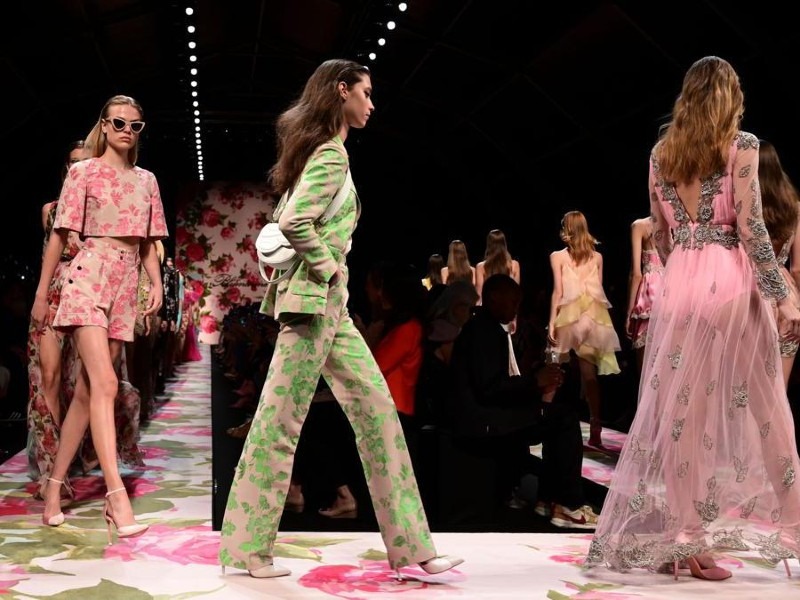 Blumarine was established in 1977 by Anna Molinari and her husband, Gianpaolo Tarabini in the town of Carpi, Italy. The unique name stems from the pairs love of the sea. Just three years later the brand made its first appearance at Modit in Milan. Molinari took Home the title of “Designer of the Year”. Soon after, in 1981, Blumarine made its debut on the runway during Milan Fashion Week. As a consequence, the success of the core brand lead to the Creation of Miss Blumarine, a diffusion brand aimed to target 4-10 year old girls.

Fast forward, three years later to 1986 and the world witnessed the first collection of Blumarine Wholly designed by Molinari. As 1990 rolled around Blumarine’s first mono brand boutique opened in Milan. Blumarine expanded as a home collection was introduced in 1992. Furthermore, that same year, Blumarine partnered up with fashion photographer, Helmut Newton, to shoot an ad campaign for the brand. The campaign was a huge success. Indeed, by 1994, the house had branched out into 400 retail outlets worldwide. Blumarine made its mark in Asia by 1996 as two boutiques opened up in Singapore and Seoul. Molinari signed a license agreement with Bellantuono Bridal Group in 1997 for the production and distribution of the house’s newly launched bridal line.

The brand conqueres the Asian market

Blumarine further expands on the Asian market as another mono brand boutique is opened in 1999 in Taiwan’s capital of Taipei. In addition, to celebrate the turn of a new millennium, Blumarine opens a mono brand boutique on Tokyo. The brand also helps curate an exhibition which displays the Highlights from 1991 till 2000. While making its way into Hong Kong, Blumarine also strengthens its Italian roots by opening its first boutique in Rome. Moreover, the worldwide success of the brands leads to the launch of Miss Blumarine Jeans (ages 4-14) and Miss Blumarine Baby (0-36 months). In 2005, Molinari’s own son, Gianguido Tarabini, takes over as CEO of the Blufin group. Two years later the brand’s first Cruise collection was debuted. Moreover, a shift in the company is evident as Rossella Tarabini, Molinari’s daughter resigns the role of creative director. However, she continues to supervise the brands campaign ads. By 2009, Blufin opened its new showroom in Milan.

Meanwhile, that same year, a set of new stores opened up in Qatar, Dubai, and Korea. The start of a new decade was celebrated with the opening of new stores in Paris and Kuwait City. In addition, in 2011 a licensing deal was signed with De Rigo Vision S.p.A eyewear for Blugirl & Blumarine. Moreover, a year later, Blugirl opened its stores to new customers in Riyadh and Kiev. In 2013 there was an experimental shift in the aesthetics of the brand. The Fall/Winter collections show an ultra-contemporary side to Molinari. However, soon after she reverts to her usual sensual style and remains the queen of roses and romance. The brand’s own book “Anna Molinari Blumarine” published by Rizzoli was launched in 2014. In addition, another major ad campaign for Blumarine was realized as photography duo Inez and Vinoodh team up with Julia Hastrom for the Fall/Winter ad campaign. By 2017, the brand was happy to celebrate its fortieth anniversary. Furthermore, in this recent year, legendary model Amber Valletta became the face of Blumarine Spring/Summer ad campaign. We can only wait to see what the Blufin group has in store for us next.

The spotlight on the bulmarine collection is on lightness and an approach to femininity that is essential and decisive. In fact, the silhouettes are fluid and romantic. A flawless sense of colour along with the romanticism and artisanal flair of our workmanship eloquently express the brand’s DNA. The collection, known for its leopard-rose print, is rarely without a splattering of sequins. Furthermore, the signature pieces include the Blumarine T-shirt with the logo spelled out in Swarovski crystals and a cardigan with fur trim. Moreover, the aesthetic has also fared well on an international level; the collection was carried in over 1,000 retail outlets, and reportedly turned $154 million in profits in 2007. The latest collection of Blumarine woman reflects an elegance and sensuality. Indeed, it is an emotional journey through passion and pure feelings. The couple travels on a vintage cabriolet surrounded by unspoiled nature seeking for a romantic getaway.

Salvatore Piccione, a young deisgner, collaborated with the brand. The collaboration Salvatore Piccione” weds the elegant and timeless style of the Blufin Group brand to the Sicilian designer’s contemporary vision. The contemporary style perception perfectly fits with Blumarine’s DNA – a feminine, sensual and refined woman, season after season.

Collection perfectly harmonizes with the brand’s new retail strategy, which wants to consolidate its role in markets where it’s already taking the lead and develop more globally in its target countries so as to increase the sales volumes and create new trading opportunities. Moreover, they expanded the pool of target customers to reach a younger public who, besides buying in stores, is increasingly opting for the world of internet and online stores.

As a part of the strategy, Blumarine closed their maxi outlet, adjacent to their Maison in Capri. The move from their historic site, in July 2020 was in accordance with their new luxury brand strategies. In addition, this was followed by closure of their flagship stores in Milan and Forte Dei Marmi. The relaunch of the brand with a new vision, showed a revamp of their online store. Blumarine teamed up with Ricardo Grassi showroom in 2020, to expand their wholesale market. 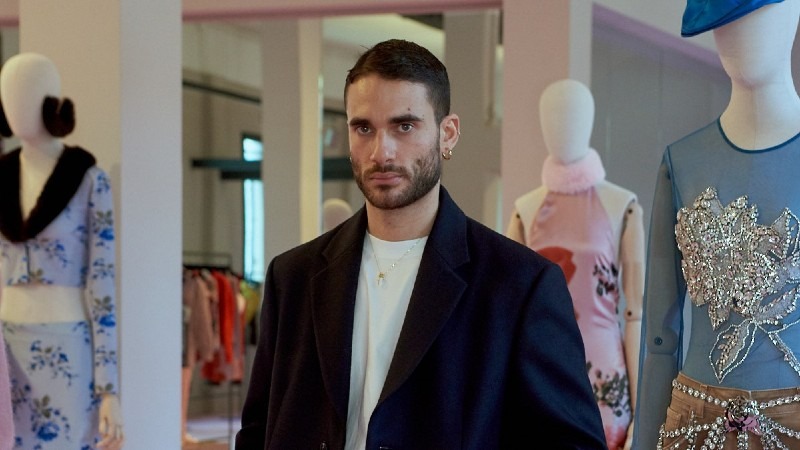 In early 2020, 29 year old Nicola Brognano was named the new creative director of Blumarine. Founder and designer of his namesake label, Brognano brought with him, his distinct vision of women – an oxymoron. Indeed, he described this imagination as “She’s Milanese, devoted to internationality, but with a taste for Baroque opulence. As respectable as some university students with an apartment near Sant’Ambrogio with motivational quotes of Coco Chanel hanging on the walls – you recognise them from those round sweaters with sequins applied here and there – and yet capable of putting on sneakers under the tulle skirt and driving a Chevrolet to tackle the Californian highways”. Moreover, Brognano’s understanding of millennial taste (he himself belonging to the millennial generation) and his own unique aesthetic were the cited as the driving force behind his appointment