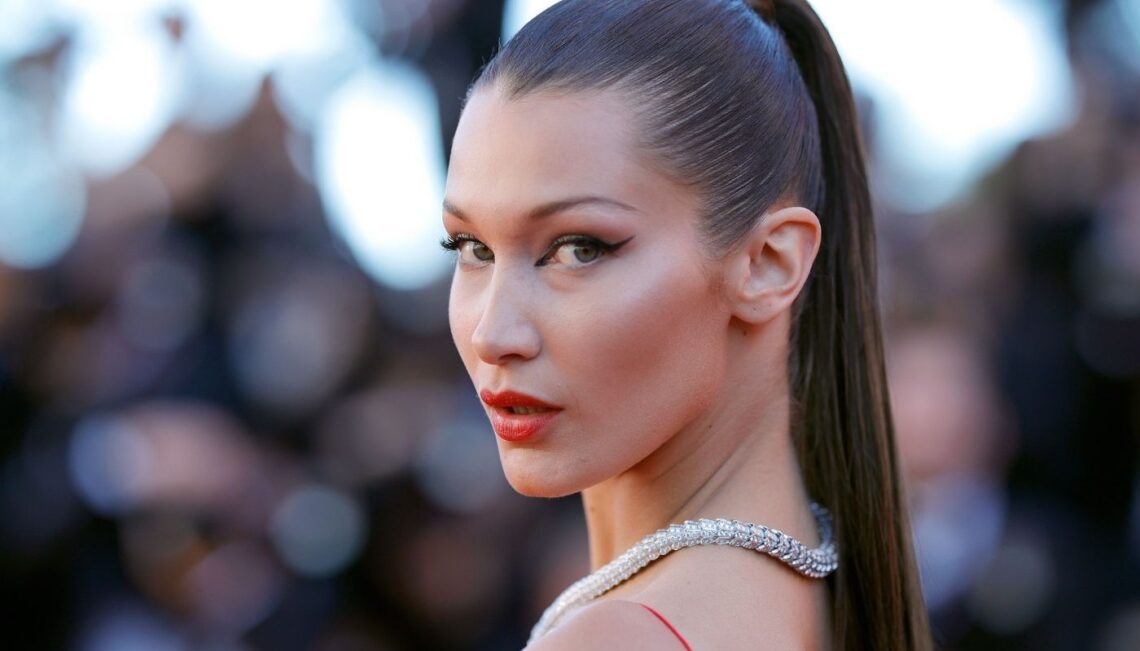 World renowned top model, Bella Hadid is born in Washington, in 1997, from arab-palestinian father and palestinian mother. One of Bella’s sisters, Gigi, is also a top model and the sisters often catwalked together.

In 2014, Bella starts working with the IMG Models Agency and the following year, in 2015, she walked the most famous runways: Tom Ford, Diane von Fürstenberg, Tommy Hilfigher, Moschino, Balmain and Marc Jacobs, among them. During the same year, Bella Hadid catwalks for Chanel, in Rome.

For the third-time Bella Hadid walks the runway for Victoria Secret’s 2017 fashion show accompanied by Gigi Hadid, the sisters form a duo that appears on runways, editorials and advertising campaigns.  For Bella, it’s an honor to walk wearing the big wings on the runway of Victoria Secret she claims “These Angels have worked their butts off all year- I have a long way to go!”. Even though there’s a lot to prepare before walking on the runway, there’s nothing compared to the excitement level the day of the event due to the closeness between the team and the models.

In 2018, Bella walked the runway for Fenty x Savage, famous artist Rihanna’ brand. The show was also available to watch on Amazon prime video. The main inspiration behind the lingerie is to feel every woman feel empowered and sexy no matter what size they are. Indeed, Rihanna instructed the models to walk in whatever way they want to make them feel comfortable. Rihanna told Enews “They’re sexy, and they need to know that, and they need to be validated about that no matter what size they are.” The show included many models such as Cara Delevingne, Demi Moore and Willow Smith.

The quarantine and ELLE Magazine

During the quarantine, Bella was photographed by her sister Gigi Hadid for the cover of ELLE magazine. The model was also interviewed, some of the questions covering her opinion of the future as a model after COVID-19 and some on political issues.