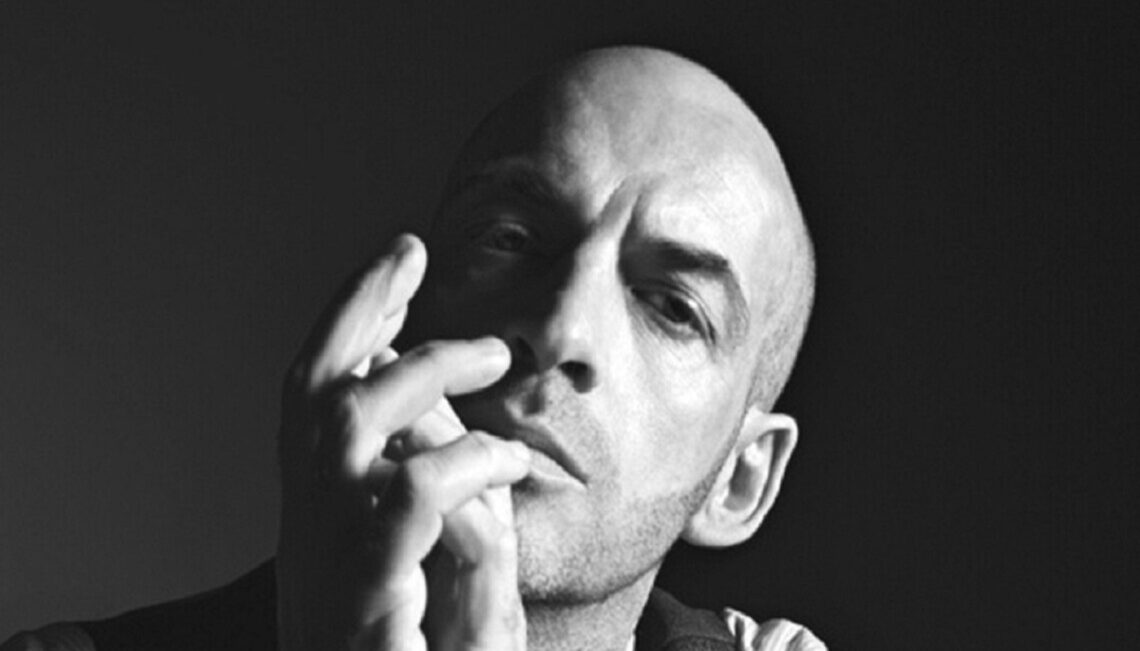 In the world of Antonio Marras, art and fashion fuse to produce a raw interpretation of his imagination and creativity, influenced by his Sardinian roots. Born in Alghero, in 1961, his father Efisio Marras owned a number of textile shops, which Marras took over after his death and revolutionized into fashion boutiques.

His debut into the fashion world emerged after being invited by an Italian fashion house in Rome to design a prêt-à-porter collection in 1987. Marras showcased a collection under the “Piano Piano Dolce Carlotta” label. The collection was inspired by the 1964 American psychological thriller film, Hush…Hush, Sweet Charlotte, which reflected his passion for movies.  His multifaceted skill set, being comprised of the cultural intelligence, artistic enthusiasm driving his self-expression, and the know-how inherited from his family’s textile business paved his journey into the world of fashion.

He presented his first haute couture collection in Rome in 1996, inspired by the Sardinian aesthetic, presenting the “ligazzio rubio”  which translates into the “red thread” the latter became the persistent aesthetic element of his style.  In 1999, Marras presented his first prêt-à-porter collection in Milan invoking elements of the Sardinian poetics.

In December 2001, Stardust published a book on Antonio Marras, written by Cristina Morozzi. The book was showcased in the Cappellini showroom in Milan with photographs by Berengo Gardin.  Shortly before the presentation of the menswear collection at Pitti Uomo, a striking exhibition opened in Via dei Banchi Vecchi in Rome, at the A.A.M (Architecture and Modern Art) gallery.

Some of the simple, male inhabitants of Lodine, a small Sardinian village in the middle of the countryside, met with Antonio Marras and agreed to take part in his project. They became models for a day and Marras, together with the photographer Salvatore Ligios, revolutionized the traditional rules and stereotypes of virility with images of 20 Sardinian men. Circolo Marras was born, a project combining art and fashion, where the designer’s clothing is interpreted by everyday people, captured by Ligios’s photographs and text by Flavio Soriga.

The following year, a major milestone in the journey of Marras was the debut of his menswear line in a spectacular presentation at the 62nd Pitti Immagine Uomo, in the Torre del Gallo, a historical building located on the hills of Arcetri in Florence.

In 2003, Marras was appointed by the LVMH group as the Art Director of Kenzo, a journey the lasted until 2011. During that time, all collections were planned at his home in Sardinia with other Kenzo officials staying over at his place for few weeks. Marras moved to Paris to the headquarters of Kenzo to oversee the progress while maintaining his Sardinian roots as a source of inspiration without wavering from Kenzo’s code of aesthetics.

Antonio Gramsci (like Che Guevara) became icon-as-decoration for Antonio Marras’s T-shirts and shirts. In black on white shirts or in fuchsia on baggy sweatshirts. At the start of the runway show, the designer read from one of the Letters from Prison. It ended with a shower of letters raining over the spectators like subversive flyers. The invitation included Gramsci’s phrase “I hate the indifferent”, taken from La città futura.

In March 2003 the Antonio Marras Fall-Winter 2003-2004 collection presented at Milan Fashion Week was inspired by Eleonora d’Arborea (1340-1402), the last Sardinian queen, famous for having created the “Carta de Logu,” a form of ante litteram constitutional map. The focus was on black, with a few red touches in the kilt worn over baggy pants with large boots. Gauze, silk, velvet, embroideries, soft jackets, and voluminous skirts, all decorated with different chains in metal and folk-style bijoux.

Later in May at Masedu, the museum of contemporary art in Sassari, Massari presented Il racconto della forma, a stylistic journey through clothing, with designs, photographs, videos and installations. The Spring/Summer 2004 collection for Milan Moda Uomo was dedicated to the sea. It was inspired by the film Fitzcarraldo and the book Sea and Sardinia by D.H. Lawrence. The set design for the runway show was the ocean liner, the Conte Biancamano, in the Museum of Science and Technology in Milan.

July 2005 marks the inauguration in Alghero of the exhibition Minyonies, curated by Giuliana Altea and Maria Luisa Frisia. The name of the show comes from the word in Alghero dialect that means ‘childhood.’ Thirteen artists of the most recent generation presented their work, focusing on the home setting and family emotions.

In 2006, Antonio Marras celebrated his ten years of career with a book “TEN YEARS AFTER” in collaboration with Russian American photographer Yelena Yemchuck. The book was made of different kind of papers and sewn by a thread called “ligazzo rubio”, a stripe of red fabric that has become a distinctive kind of his production.

In 2007, Marras signed an agreement with Interfashion, a Stefanel Group owned company, for the licensed production of his second line I’m Isola Marras, which was later appointed to the company Loma. In 2008, Marras designed the costumes for the famous opera musical “Orfeo ed Euridice”, that was presented  during the inauguration of Teatro Grande of Alghero’s Congress Palace.  Marras, in the following year, established his first flagship store in the Middle East, in collaboration with the luxury retailers Al Ostoura International; this marked his first attempt of expansion in the Middle East.

Although he never completed a formal education in art or fashion, Marras received an honorary degree from the Brera Academy of Art in 2013. Furthermore, his involvement spanned beyond the worlds of fashion and art. In 2015 he started supporting NEVER GIVE UP, a non-profit organization for the prevention and treatment of eating disorders. In that same year, he signed a two year collaboration with Segno Italiano agency in Milan for consultancy services on space management for Salone del Mobile.

In 2015, the Antonio Marras global sales were estimated at about $11 million. Currently, the brand is presented in seven stores  located in Moscow, Kuwait, Milan, Alghero, Seoul, and most recently a boutique-restaurant in Dubai. The Antonio Marras line is distributed at around 140 multi brand stores worldwide, while the I’m Isola Marras line is available at around 300 stores. Marras aims to further expand in the United States and China.

In a spectacular exhibition at the Triennale Design Museum in Milan, Marras presented “Nulla dies sine Linea. Life, diaries and notes of restless man” which celebrated his artwork over the last twenty years and his visual trajectory. The exhibition lasted from October 22, 2016 till January 21, 2017, marking the birthdays of Marras and his wife.