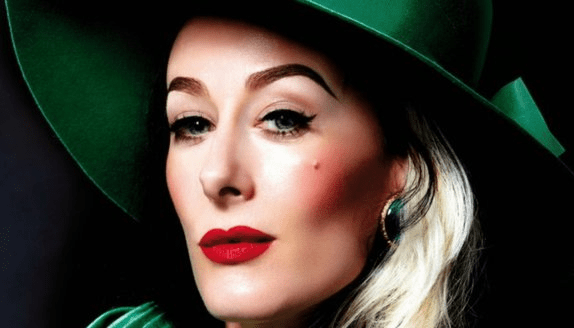 Alex Box, pseudonym of Alexandra Edmonds, was born in England in a small fishing village. With her eccentric and creative personality, she immediately understood that she wanted to experiment with colours and shapes. She moved to London to study art at the Chelsea College of Art.

Her studies allowed her to create installations and get in touch with the London creative scene, thanks to which she refined her skills and reworked the concept of face manipulation.

THE EMOTIONAL MAKE UP

For Alex Box, doing make-up is equivalent to painting a picture, except that – as she has repeatedly stated – she works with a living canvas. Her make-up becomes a real installation. The style of her creations is strongly influenced by pictorial art, fairy tales, folklore and is driven by emotions.

She is called “the pioneer of emotional makeup”. In fact, her innovative and multidimensional approach to makeup has made her the creator of a new visual language and a dialogue that exists among the body, movement, artistic expression and scientific investigation.

Alex Box’s works have appeared on Vogue , Stylist, Numéro, W, AnOther, Dazed & Confused  and  i-D in collaboration with different photographers of the calibre of Nick Knight, Paolo Roversi, Sølve Sundsbø. She also created catwalk looks for  Chanel, Gareth Pugh, Issey Miyake Stella McCartney , Alexander McQueen and Vivienne Westwood. In 2010 a book of her work, photographed by Rankin, was published. In 2011 she received an honorary degree in Design from Solent University. Moreover Alex was the creative director of the independent British brand Illamasqua from 2008 to 2015, known for its extraordinary advertising campaigns. In 2016 she was appointed beauty editor of the cult fashion magazine King Kong based in Berlin.