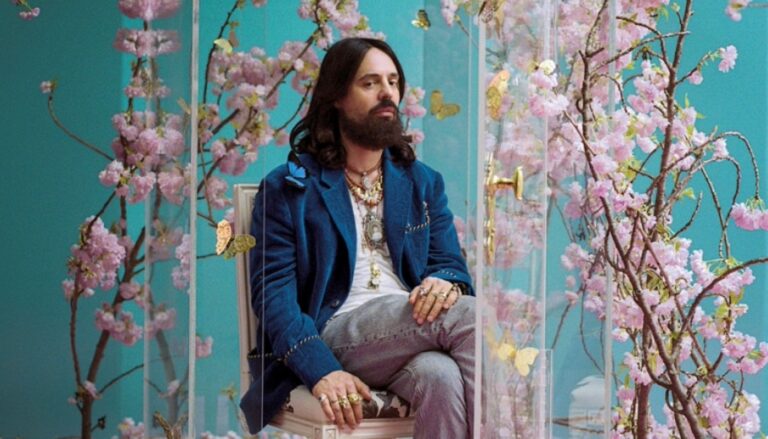 ALESSANDRO MICHELE, DIRECTOR OF GUCCI SINCE 2002

Alessandro Michele is the creative director of Gucci, the Florentine fashion house that he has been working for since 2002. He was born in Rome on the 25th of November 1972 and graduated at the Academy of Costume and fashion in Rome. Michele Alessandro is an Italian stylist who grew up in Rome. His father was an Alitalia technician while his mother worked in the cinema world before leaving her job and dedicating herself to the family. She brought him closer to the taste for beauty and art. So much so that the designer enrolled in the Academy of Costume and fashion in Rome, with the dream of becoming a set designer.

Initially the road was not downhill for the young designer. He began working as a newsagent, a builder and a manual labourer to support himself and not burden the family too much.

The first opportunity in fashion arrived in 1994 when the designer left Rome for Bologna and joined the knitwear department of Les Copains. This experience was fundamental for Michele, because it marked the moment when his unquenchable passion for design was ignited. He created a book with his projects and sent it to some ateliers. Fendi gave him a positive response and hired him at the end of the 90s.

CAREER AT FENDI ALONGSIDE KARL LAGERFELD

Alessandro Michele fully started his training at Fendi. Working closely with the creative director of the time Karl Lagerfeld, the young designer was amazed by his vast culture in terms of fashion, music and art. Michele, with Lagerfeld, layed the foundation for his very personal aesthetic taste, thanks to the continuous inspirations and the intense stylistic and cultural training.

The designer is also a great interior lover, which is why he became the creative director of the Richard Ginori maison in 2014. A brand specializing in fine porcelain. 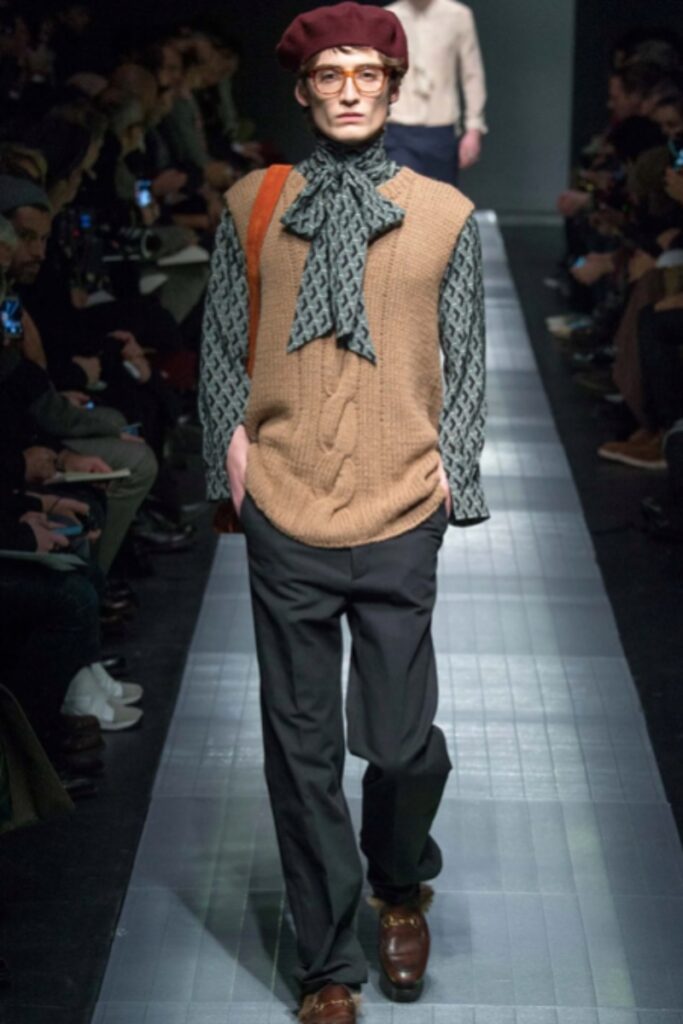 After Giannini’s sudden farewell to the creative direction, the Florentine maison remained uncovered. In January 2015 Marco Bizzarri was appointed the new Gucci CEO and among the first tasks to be carried out, there was the appointment of the new designer.

Alessandro Michele did not consider the possibility of this appointment, but after a face-to-face meeting with Bizzarri, the two had the same vision and ideas for the brand. The designer managed to complete the Fall-Winter 15/16 men’s collection in just one week. After those crucial days in Civita di Bagnoregio, the creative headquarters of the designer, the collection was exhibited in Milan during the fashion week.

His work was awarded by the press, which identified it as the best event of the year.

NEW CREATIVE DIRECTION OF GUCCI, THE REBIRTH OF A BRAND 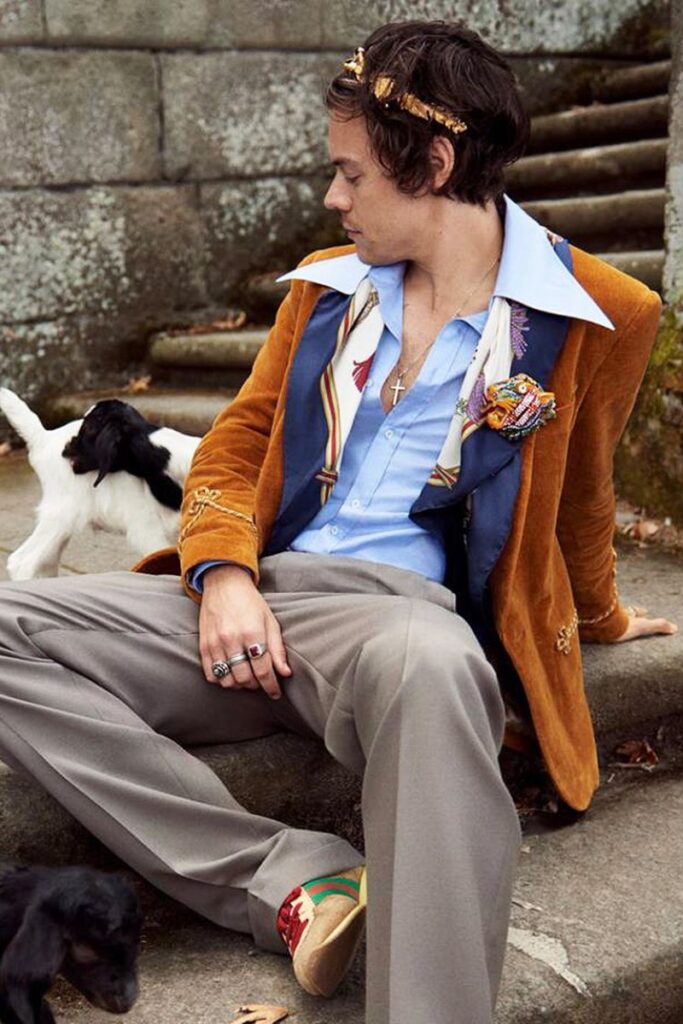 After the great success at the Fashion Week, Michele was confirmed as the creative director of Gucci, a partnership that is still fruitful today. Since then, the Florentine brand has undergone a renaissance. The designer was able to infuse the brand with new lifeblood through color, numerous references to classical culture, symbolism, floral prints, androgynous lines, genderless structures and for this reason revolutionary and perfectly suited to tell the story of modernity.

All his past and his interests converge in the collections: art, music, cinema, merge and detach themselves from the time they belong to to combine his idea of the present. After all, the designer himself told Angelo Flaccavento on Vogue: “Everything that inspires me and that I mention, whether it is yesterday or four centuries ago, happens to me at the same moment before my eyes, so it is present. It’s my present, my contemporaneity, and it’s the only thing I can and want to tell”.

Among the protagonists of his story, there are the lead singer Florence Welch (Florence + The Machine), the singer Harry Styles, Jared Leto, Lana del Rey, Dakota Johnson, Saorise Ronan, Beyoncé, and many others.