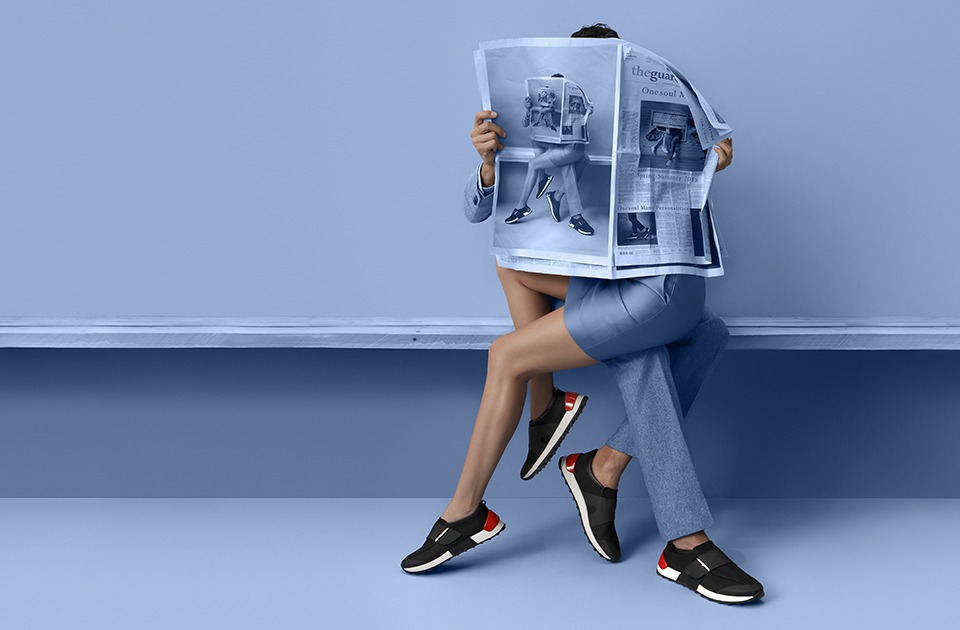 Line of men’s and women’s shoes manufactured by Nuova Centauro. The firm, whose focus is the comparison between tradition (in style and technique) and innovation, was established with the name Centauro in 1947 by the brothers Luigi and Dino Guardiani in Montegranaro, Italy in the Marche region. In 1972 Alberto Guardiani, Dino’s son, took over the business, at a moment when Dino was the sole proprietor.

In 1980 Alberto renamed the company, Alberto Guardiani, launched a women’s line and, while maintaining production of the firm’s classic items. Also, he launched Low Tide, a brand aimed at young people and the sports market.

In 1999 in Montegranaro, Ascoli Piceno, the company built a vertically integrated plant that could design, cut, and assemble garments, with an atelier for the finishing touch.

February 27, 2007 Alberto Guradiani opened a new showroom at 29 Corso Venezia in Milan. The showroom is in an 18th-century building that was originally a monastery where pilgrims could stay and was later turned into a residence by the Calzoni-Sforza family. It is an ideal stage for Alberto Guardiani’s style, a poetic landscape for exclusive goods and an expression of democratic luxury.

Also, in 2007 the brand opened a new store in Piazza di Spagna in Rome and a year later in Naples. “This is the first step on a tight agenda that will see, by February 2008, the opening of two further single-brand stores in Italy, another two important pieces in our retail development plan. So far, there are 11 single-brand shops across the world”, explained Alberto Guardiani.

Alberto Guardiani’s lipstick heel is a pump with a lipstickshaped heel. It is both a shoe and an icon that draws inspiration from the great stars of the past and the present. It plays with the glamorous and provocative atmosphere of La Dolce Vita, symbolised by Anita Ekberg’s sensual ruby lips.

Today, the brand is run by Alberto Guardiani and Rossella Beato Guardiani. In 2016 Serena Guardiani, daughter of Alberto and granddaughter of founder Dino, has been appointed creative director of the brand’s women’s collections. Serena graduated from Milan’s Istituto Marangoni and joins her elder sisters Rubina and Guya within the company.