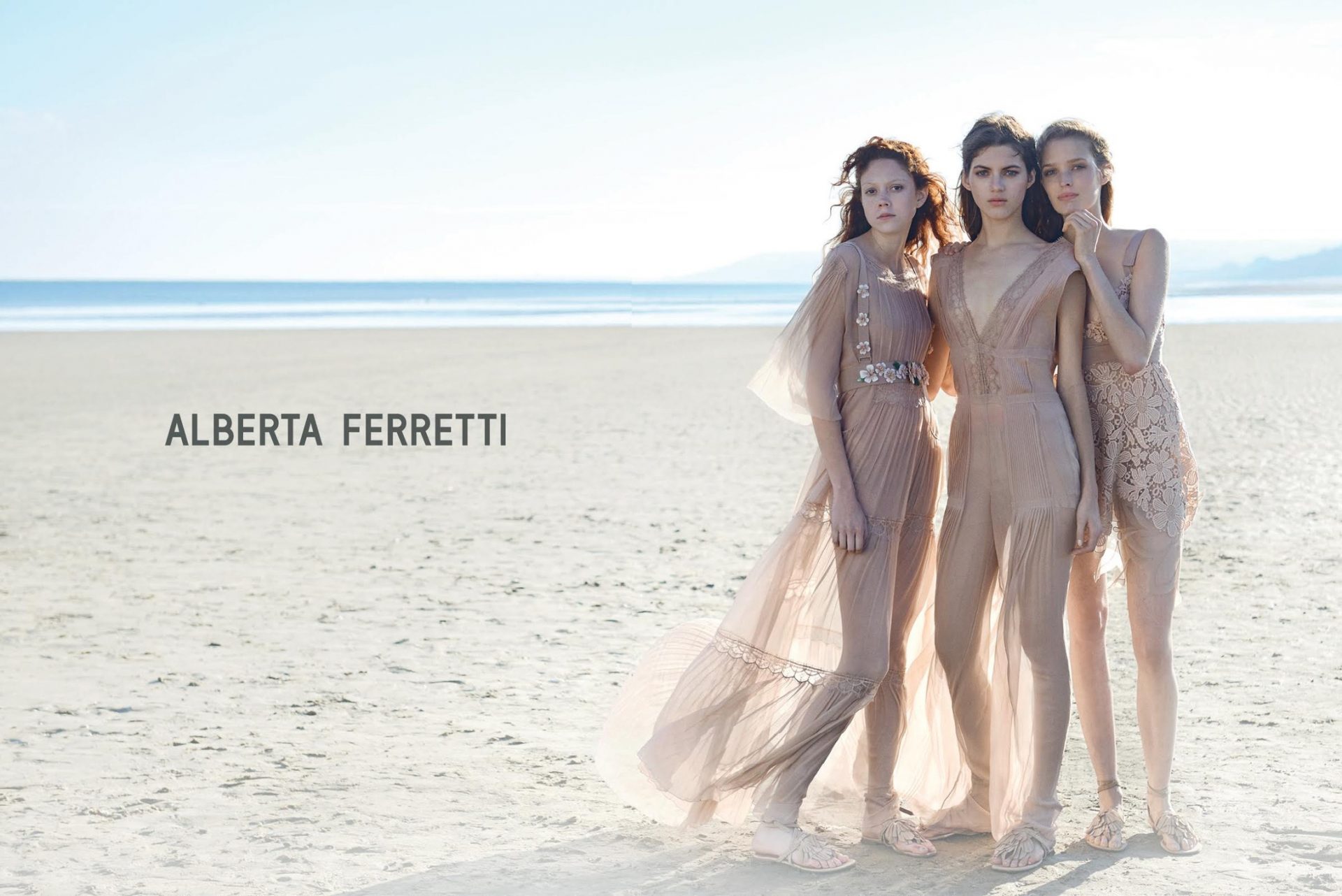 Alberta Ferretti is an Italian fashion designer, founder of the homonymous clothing line, and vice-chairman of the AEFFE Group board of directors, founded in 1981 together with her brother Massimo.

Alberta was born in Gradara, in the land of Romagna. Always having a great sense of aesthetics, her first steps of success include working in her mother’s tailor shop where she learned how to handle the fabrics, to know the sophisticated colors and become familiar with the workings. Her sartorial DNA and ambition is so strong that, at just 18 years, she opened her first boutique, in Cattolica, an experience which put her in direct contact with the needs of customers and refined her intuition in anticipating the trends of fashion and the desires of women.

In 1974 she produced her first collection that will earn great success among the insiders; encouraged by the public response, six years later, together with her brother Massimo, they founded the company AEFFE, which bears her initials. Over the years the company became a powerful corporate group that controls and produces, in addition to the Alberta Ferretti line, also the Moschino, Pollini brands and Velmar.

From the eighties onwards, business developed in an unstoppable way. The company launched the Philosophy line, again designed by Alberta Ferretti, aimed at a younger target and positioned on a lower price range. The company purchased licenses for the production of prominent prêt-à porter brands such as Jean Paul Gaultier, Authier, Cacharel and Marithé & François Girbaud.

Acquisitions of equity packages from various other companies began, confirming AEFFE’s strength in moving as an international holding company. While Brother Massimo will take care of the economic and management part of the company, Alberta will always keep in hand the creative direction, focusing on his feminine creations distinguished by pure lines, essential and decorations with precious embroidery. Collections that will be appreciated all over the world allowing the opening of numerous boutiques and corner shops in shops on four continents. Particular attention will be devoted, in recent years, to the Far East market, on which the company is moving, in line with market trends, to further expand its presence.

The designer, over the years, stood out as particularly sensitive to the care of artistic and cultural heritage. In 1994, with a group of companies and the patronage of the City and the Region, will promote the titanic restoration of the medieval village of Montegridolfo, near her birthplace, on the border between Romagna and Marche.

After about six years of work, the village regained its lost identity, appearing as it was at the origins and finding economic sustainability as a new tourist destination. The use demonstrated in the enhancement of this architectural and landscape heritage will be worth, in 2000, the honorary degree in Conservation of Cultural Heritage, conferred by the University of Bologna. The same university institute, in 2003, called her by assigning her a chair to hold a master’s degree in “Production and Culture of Fashion”.

During her career Alberta Ferretti will be the recipient of numerous awards including the The Romantics award from the International Fashion Group in New York, the La Kore Award as Stylist of the Year in 2003, the Career Award given to her by the Mayor of Rome Walter Veltroni as well as the prestigious honorary title of Cavaliere del Lavoro of the Italian Republic.

In 2010, as an organic extension for the company, Alberta Ferretti Forever, a special bridal collection was introduced. The dresses are romantic and airy through use of chiffon with delicately added embroidery, lace, ruffles or pleats.

To keep up with the new trends in the luxury market, the Pre-fall 2017 collection included a capsule called Rainbow Week, which was available for See-Now-Buy-Now sale. Rainbow Week is brand’s first capsule knitwear collection which includes seven sweaters in different colours with the day of week written on them. The sweaters were endorsed on runway by both men and women, which reflect the other tendency in fashion world, gender fluidity.

Today AEFFE is a corporate group that generates more than €200 million in revenues per year, employs 1,300 and produces 2 million garments a year, distributed in a network of 190 single-brand stores and over 6500 selected points of sale.